ASHLAND, Mo. (AP) — A mid-Missouri man who allegedly threatened to give two store clerks the COVID-19 virus was charged Monday with two counts of first-degree harassment. 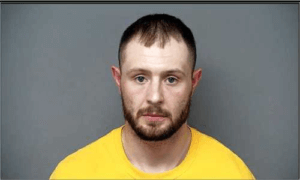 Anthony Nunes, 26,of Ashland told clerks at two stores that he had the coronavirus. The clerks said he was coughing and told them he had a high fever and sore throat.

Cole County Sheriff John Wheeler said the county takes temperatures of all prisoners as part of its protocol. He said Nunes did not have a fever as of Monday afternoon,

A probable cause statement from the County Sheriff’s Department does not name the stores where the alleged incidents occurred, but one was reported Friday and the other Saturday, The Jefferson City News-Tribune reported.

Nunes was being held Monday in the Cole County Jail on a $5,000 bond. Online court records do not name an attorney for him.