MINNEAPOLIS (AP) — Crews on Thursday removed the concrete barriers that blocked traffic at a Minneapolis intersection where a memorial to George Floydwas assembled after his death last year, but community activists quickly put up makeshift barriers and resumed chanting the name of the Black man whose killing galvanized the racial justice movement. 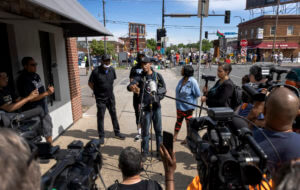 Steve Floyd of Agape speaks during a news conference at George Floyd Square in Minneapolis on Thursday, June 3, 2021. Crews have removed concrete barriers, artwork, flowers and other items from the intersection that has been a sprawling memorial to George Floyd since his death last year. (Carlos Gonzalez /Star Tribune via AP)

It took the crews less than four hours to clear the barriers, artwork, flowers and other items from 38th Street and Chicago Avenue where Floyd was killed, informally known as George Floyd Square. City spokeswoman Sarah McKenzie said a fist sculpture, which stands several feet tall, will remain. The city said the effort was led by a community group known as Agape, which has a contract with the city.

The intersection had been closed to traffic since Floyd’s death in police custody on May 25, 2020, but some residents and businesses expressed frustration that it had been closed for so long.

Police were not seen at the intersection on Thursday morning and there was no visible police presence later in the day. Mayor Jacob Frey said avoiding clashes between activists and police was of utmost concern, and going forward, the police will patrol the area just like any other neighborhood in the city.

Frey said a phased reopening of the intersection was necessary to promote healing, restore area businesses, and provide social and city services that have been lacking for a year. He said artwork from the memorial will be preserved, and that the city wants to ensure the location where Floyd died “never has tires run over it again.”

“This intersection will forever be changed and we need to be investing in that transformation,” Frey said at a news conference. “This can be a critical location of gathering, not just for our city but the entire world.”

City Council Vice President Andrea Jenkins said she has talked with residents and business owners who have struggled with the loss of revenue and sleep, and some who feel trapped in their homes. “It’s time for us to begin a process of rebuilding this community,” she said. 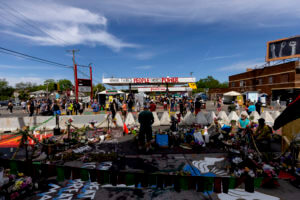 People walk by George Floyd Square in Minneapolis on Thursday, June 3, 2021. Crews have removed concrete barriers, artwork, flowers and other items from the intersection that has been a sprawling memorial to George Floyd since his death last year. (Carlos Gonzalez /Star Tribune via AP)

Frey acknowledged the reopening would not happen all at once and declined to say when the intersection would fully reopen to traffic.

The square sprang up organically in the days after Floyd’s death. As people gathered to express their grief and anger, community members set up makeshift barricades to block traffic, which the city eventually replaced with concrete ones.

Frey and other city leaders pledged to reopen the intersection, but activist leaders said they wouldn’t step aside unless the city met their 24 demands. Among them: recall the county prosecutor, fire the head of the state’s criminal investigative agency, and spend hundreds of thousands of dollars on programs to create jobs, combat racism and support affordable housing.

Jaylani Hussein, executive director of the Minnesota chapter of the Council on American-Islamic Relations, said the removal of the memorial was an attack on Floyd’s legacy.

“We will not give up this space,” he said. “We will save it for George Floyd.” 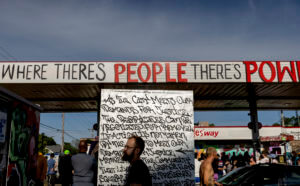 Violent crime at the intersection and the blocks immediately surrounding it rose dramatically in 2020, though crime also increased citywide. There were 19 nonfatal and fatal shootings in the area in 2020, including 14 from May 1 through Aug. 31. That’s compared with three shootings in all of 2019 and none during the summer months.

Shots were fired in the area last week, just hours before an event to mark the anniversary of Floyd’s death. One person was injured.

Steve Floyd, one of Agape’s founders, said he admires the demonstrators’ efforts to maintain the square but that they had to engage the city in that process “instead of letting them come in here with bulldozers.”

“As far as controlling this and maintaining it, that’s a noble job. We don’t disrespect the protesters, everything can stay the same,” said Floyd, who isn’t related to George Floyd. “They can still do it. But we just let them in here to fix what we have and develop it.”

Former Minneapolis police Officer Derek Chauvin was convicted in April of second-degree unintentional murder, third-degree murder and second-degree manslaughter for pressing his knee against Floyd’s neck for about 9 1/2 minutes as he pleaded for air.

Chauvin has also been indicted on federal charges alleging he violated Floyd’s civil rights, as well as the civil rights of a 14-year-old he restrained in a 2017 arrest.

The three other former Minneapolis officers involved in Floyd’s arrest and death were also charged with federal civil rights violations. They await trial in state court on aiding and abetting counts. 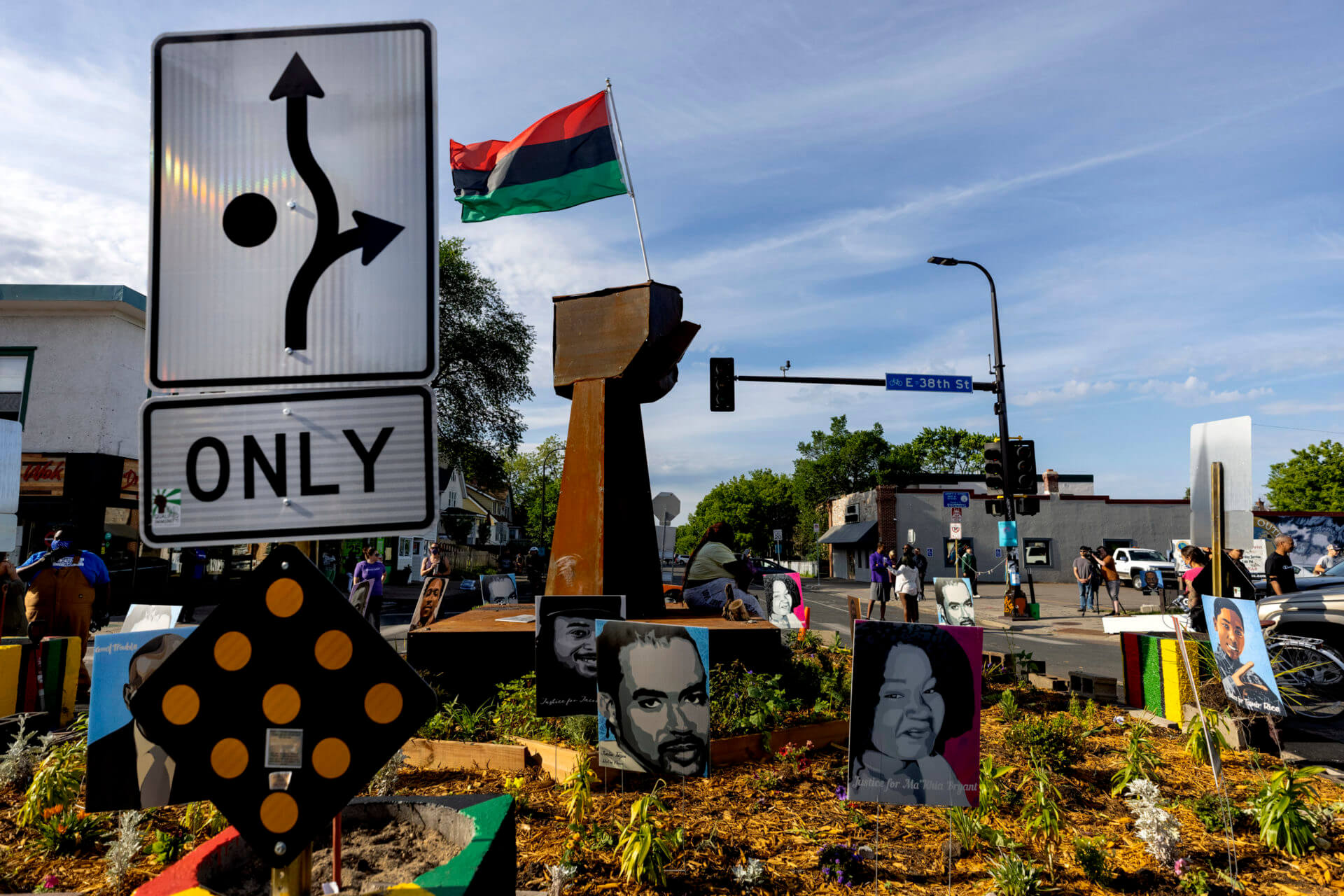