SACRAMENTO, Calif. (AP) — California will strike the word “alien” from its state laws, getting rid of what Gov. Gavin Newsom called “an offensive term for a human being” that has “fueled a divisive and hurtful narrative.” 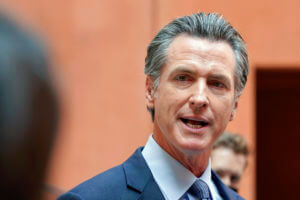 But the law Newsom signed on Friday finishes the job by removing the word from all state laws. The word will be replaced with terms like “noncitizen” or “immigrant.”

“By changing this term, we are ensuring California’s laws reflect our state’s values,” Newsom said.

The federal government has used the term “alien” to describe people in the U.S. who are not citizens since at least 1798 with the passage of the “Aliens and Sedition Acts.” But Assemblywoman Luz Rivas, a Democrat from Arleta, said the word “has become weaponized and has been used in place of explicitly racial slurs to dehumanize immigrants.”

“The words we say and the language we adopt in our laws matter — this racist term ‘alien’ must be removed from California statute immediately,” Rivas said.

The change is California’s latest effort to modernize the language of its laws. Newsom signed laws earlier this year to insert gender neutral language in laws about the California Conservation Corps and statewide elected officers.

California is one of a few states that provide government-funded health insurance to low-income children and some adults living in the country illegally.

Newsom also signed laws on Friday that clarify crimes targeting people based on their immigration status are hate crimes and that private detention facilities in California used to detain immigrants must follow local and state public health orders.