CENTENNIAL, Colo. (KMGH) – A Colorado soccer coach has been arrested on suspicion of possession of child sexual abuse material, according to a spokesperson with the Arapahoe County Sheriff’s Office. 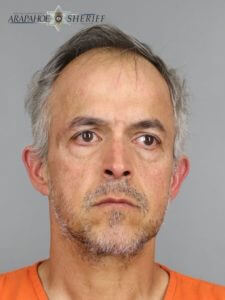 His arrest came after investigators with the county’s Internet Crimes Against Children (ICAC) received a cyber tip that child sexual abuse material had been shared through social media, coming from a computer owned by 54-year-old Heberto Limas-Villers, a coach for REAL Soccer Club in Centennial, Colorado.

A search warrant was executed at his home and he was taken into custody and booked into the Arapahoe County Jail.

He is now facing three counts of sexual exploitation of a child, a Class 5 felony.

Arapahoe County investigators are asking the public to call the sheriff’s office tip line at (720) 874-8477 if they believe they or someone they know could be a victim of Limas-Villers.

This is the second REAL Soccer Club employee to have been arrested on child sex crime charges.

The Arapahoe County Sheriff’s Office said there is no connection they have been able to find between the two arrests. Real Colorado said it suspended Limas-Villers after his arrest.

“From what we have been told by the Arapahoe County Sheriff’s Office, his arrest has nothing to do with his work with our program and does not involve any of our players,” a spokesperson for the club said.

“We take player safety seriously, and our coaches are required to undergo regular background checks conducted by the Colorado Soccer Association,” the group said. “Additionally, as a member of U.S. Soccer, our coaches complete training annually through the U.S. Center for SafeSport to educate them on how to prevent, recognize and respond to situations of abuse, neglect and harassment.”

This story was originally published Sept. 27, 2022 by KMGH in Denver, an E.W. Scripps Company.