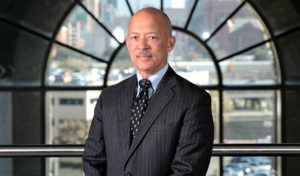 DALLAS (AP) — A contempt of court charge has been dropped against the Dallas County district attorney over a television interview he gave on the eve of a high-profile murder trial involving a police officer.

Both sides filed a motion to drop the contempt charge against Dallas County District Attorney John Creuzot, who did a TV interview before the start of former officer Amber Guyger’s murder trial despite a gag order by Judge Tammy Kemp.

The white officer was convicted of murder for the shooting death of her unarmed black neighbor, Botham Jean, inside his own apartment.

Kemp said in an order that the interview, in which Creuzot explained why he thought Guyger was correctly charged with murder rather than manslaughter, was a “direct violation” of the gag order she’d issued in the case.

The Dallas Morning News reported that presiding Judge John L. McCraw Jr. signed an order dismissing the charge several days after the Dec. 27 motion to dismiss. Creuzot’s attorney, Brian Wice, said Monday that he and his client were “gratified, but not surprised” by the decision.