The questioning dragged on all day and into the evening as lawyers queried hundreds of prospective jurors for potential bias in the trial of Amber Guyger, the white Dallas police officer who fatally shot a black neighbor in his own living room.

Finally, the judge sent everyone home except the attorneys, who made their final selections in private.

It wasn’t until jurors filed into the courtroom for opening statements that the public got its first look at something many had hoped for: a panel that was as racially diverse as Dallas County. 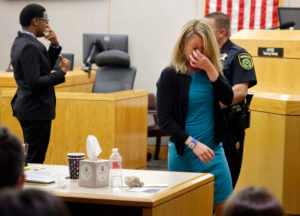 Former Dallas Police Officer Amber Guyger walks back to her desk after hugging victim Botham Jean’s younger brother Brandt Jean after he delivered his impact statement to her following Guyger’s sentencing, Wednesday, Oct. 2, 2019, in Dallas. Guyger, who said she mistook neighbor Botham Jean’s apartment for her own and fatally shot him in his living room, was sentenced to a decade in prison. (Tom Fox/The Dallas Morning News via AP, Pool)

On Wednesday, the jury composed largely of people of color and women sentenced Guyger to 10 years in prison, a day after convicting her of murder in the September 2018 killing of her upstairs neighbor, Botham Jean, after she said she mistook his apartment for her own.

“This trial had a magnifying glass on it,” and jury selection was a fairer process because of that, said Alex Piquero, a criminologist at the University of Texas at Dallas. He said prosecutors and defense attorneys likely realized there would be a huge public outcry if the jury turned out mostly white.

“There were so many different eyes looking at this case, it was hard not to play by the rules,” he said.

Guyger, 31, was still in her police uniform after a long shift when she shot Jean, a 26-year-old accountant from the Caribbean island nation of St. Lucia, after pushing open the unlocked door to his apartment. She was soon fired from the force and charged with murder.

She testified at her trial that she mistook Jean’s home for her own, which was one floor below, and thought he was a burglar.

From the beginning, the jury’s demographics were bound to be closely watched in a case that ignited debate over race and policing. Critics, including Jean’s family, questioned why Guyger was not taken into custody immediately after the shooting and whether race played a factor in her decision to use deadly force. 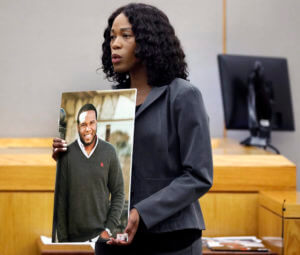 Assistant District Attorney Mischeka Nicholson shows the jury a photo of victim Botham Jean during closing remarks in the sentencing phase of former Dallas Police Officer Amber Guyger’s murder trial, Wednesday, Oct. 2, 2019, in Dallas. Guyger, who said she mistook neighbor Botham Jean’s apartment for her own and fatally shot him in his living room, was sentenced to a decade in prison. (Tom Fox/The Dallas Morning News via AP, Pool)

Some outside court reacted angrily Wednesday to the punishment given to Guyger by the jury, arguing it was too lenient.

“Race and ethnicity influence our perceptions and judgment all the time in our daily lives,” he said. “Nothing makes those biases disappear when we enter a jury room.”

Guyger’s attorneys tried unsuccessfully to get the trial moved to another county, arguing that pretrial publicity made a fair trial in Dallas County impossible. Moving the trial to a suburban county also would have all but guaranteed a whiter, more conservative jury, which could have led to a different outcome, experts said.

Dallas County is about 29% non-Hispanic white.

While awaiting the jury’s sentence, an attorney for Jean’s family, Ben Crump, said the panel’s diversity would help them “see past all the technical, intellectual justifications for an unjustifiable killing.”

But another Jean family attorney, Daryl Washington, said Thursday that the jury also represented Guyger because it included eight women.

“It was very important to have jurors representative of the county they served in … but this wasn’t just about black and white,” Washington said.

One of Guyger’s lawyers and the president of the Dallas Police Association, which paid for her legal defense, did not respond to calls and text messages seeking comment Wednesday and Thursday.

Prosecutors historically have tried to get all-white juries because they were more likely to support law enforcement, said Kerri Anderson Donica, president of the Texas Criminal Defense Lawyers Association.

“I think it’s so ingrained in prosecutors’ minds that it’s probably a bias they don’t even realize exists,” said Donica, who is white.

Former Dallas County prosecutor Heath Harris, who is black, said all attorneys seek jurors who will “rule how you want.” Harris, now a defense attorney, said it’s just as common for attorneys of minority clients to try to limit conservative white jurors. And though he believes Guyger would probably have been acquitted if the trial were held elsewhere, he thought there was enough evidence to justify either an acquittal or conviction.

The case also illustrates how much Dallas County has changed.

A 1986 Dallas Morning News investigation found that prosecutors routinely manipulated the racial makeup of juries through legal challenges, excluding up to 90% of qualified black candidates from felony juries. The U.S. Supreme Court had ruled that jurors could not be excluded solely based on race.

The newspaper also cited a treatise on jury selection written in the 1960s and credited to a Dallas County assistant district attorney. It advised prosecutors to not allow any minorities on a jury “no matter how rich or how well-educated.”

“This is one of the very few times I’ve seen the justice system work the way it’s supposed to work for us, or the way it works for white people,” he said. 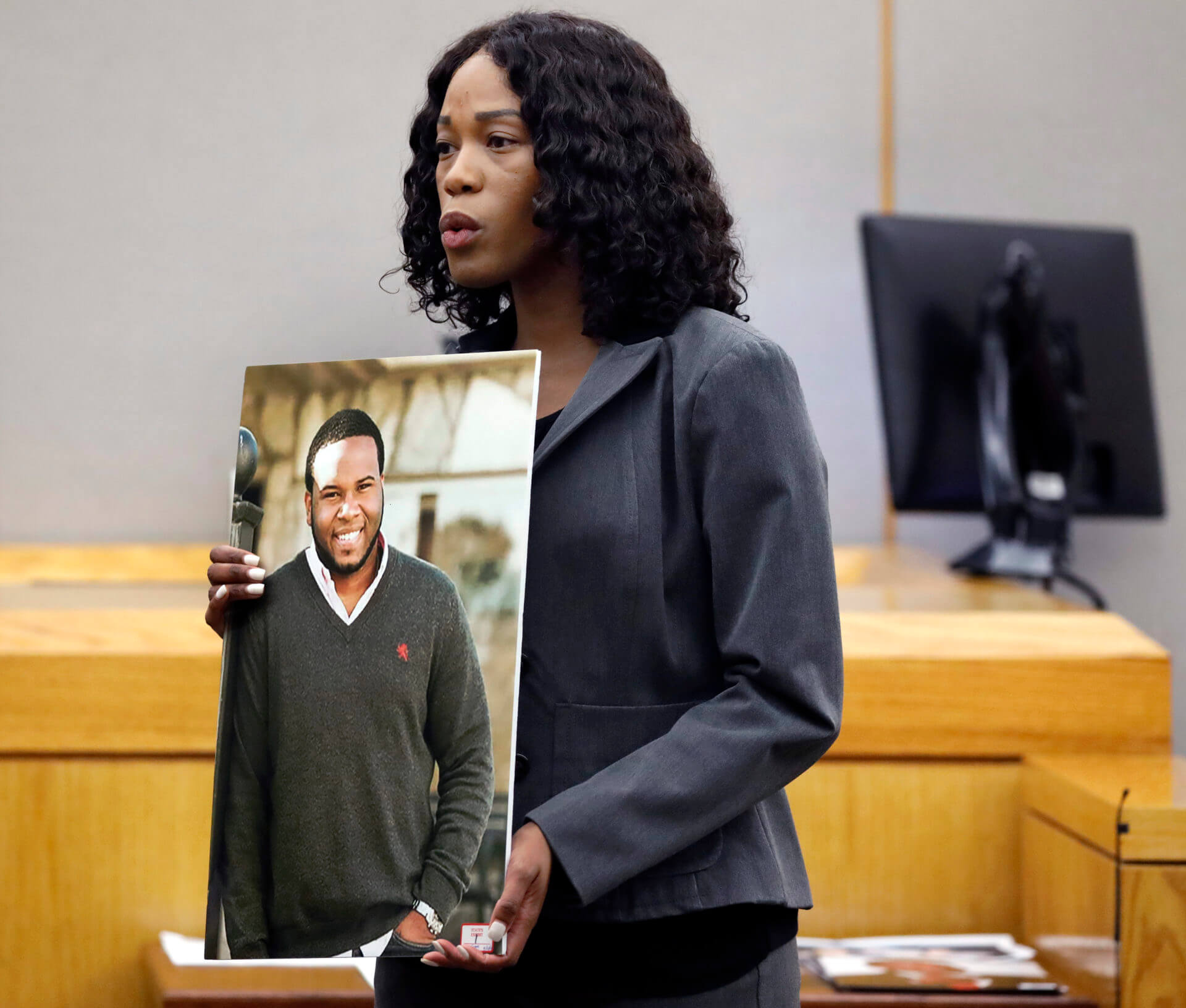 Assistant District Attorney Mischeka Nicholson shows the jury a photo of victim Botham Jean during closing remarks in the sentencing phase of former Dallas Police Officer Amber Guyger's murder trial, Wednesday, Oct. 2, 2019, in Dallas. Guyger, who said she mistook neighbor Botham Jean's apartment for her own and fatally shot him in his living room, was sentenced to a decade in prison. (Tom Fox/The Dallas Morning News via AP, Pool)
MORE NEWS