FORT BRAGG, N.C. (AP) — A former Army captain serving three life sentences for the 1970 murders of his pregnant wife and two young children has asked a federal judge to free him due to his age and failing health.

A hearing on Jeffrey MacDonald’s request for compassionate release is scheduled for 3 p.m. on Thursday at the federal courthouse in Raleigh, The Fayetteville Observer reported. That’s the same courthouse where MacDonald was convicted of the murders in 1979. 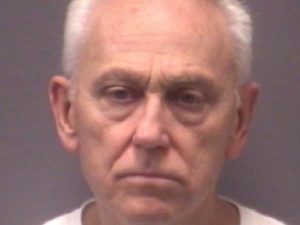 Attorneys for MacDonald point to their client’s health problems, including chronic kidney disease, skin cancer and high blood pressure. They say those factors, along with his age, make him vulnerable to severe illness or death if he were to contract COVID-19. They also said he has been exposed to inmates who had the virus, and that the prison is poorly equipped to deal with it.

“He wants to get out. I want to keep him in. It’s that simple,” Stevenson said. “He destroyed my family.”

MacDonald, 77, is serving three consecutive life sentences in federal prison in Maryland for slaughtering his family in their Fort Bragg home. He maintains he was wrongly convicted while the police let the real killers, which he described as a group of four “drug-crazed hippies,” get away. He has been in and out of courtrooms since the summer of 1970 to insist he is innocent.

Prosecutors said MacDonald used a knife and an ice pick to kill them before stabbing himself with a scalpel. They said he donned surgical gloves and used his wife’s blood to write the word “PIG” over their bed to imitate that year’s Charles Manson murders.

It became known as the “Fatal Vision” case, the title of a true-crime book MacDonald had invited author Joe McGinniss to write to demonstrate his innocence. Instead, McGinniss became convinced of his guilt.

According to the U.S. Parole Commission, MacDonald asked for a parole hearing two separate times last year, but twice rescinded the requests, The Fayetteville Observer reported.