KANSAS CITY, Mo. (AP) — Geico could be required to pay a Missouri woman $5.2 million because she said she contracted a sexually transmitted disease while having sex in the car of a man who is insured by the company.

A three-judge panel of the Missouri Court of Appeals on Tuesday upheld a Jackson County Court’s decision affirming an arbitrator’s finding that the woman was entitled to the award.

However, Maryland-based Geico has filed a federal lawsuit arguing the woman’s claim is not covered by the man’s insurance policy. The company said in an email Thursday that lawsuit will determine whether “there is coverage in this matter.”

According to court documents, the woman, identified as M.O., and a man, who were in a relationship, had sex in the man’s car. She contends she contracted HPV, human papillomavirus, because the man did not tell her he had the disease. HPV can cause cervical cancer, certain other cancers and genital warts. 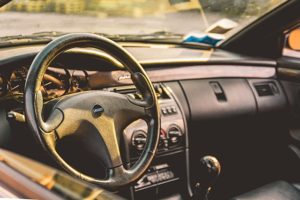 In February 2021, M.O. notified Geico she planned to seek a $1 million insurance settlement against the man. She argued the man’s auto insurance provided coverage for her injuries and losses.

The insurance company refused the settlement offer, saying the woman’s claim did not occur because of normal use of the vehicle, according to court documents.

An arbitrator eventually determined she should be awarded $5.2 million for damages and her injuries. She then filed a motion in Jackson County Court seeking to confirm the award.

Geico claimed it did not know the man and woman had entered into arbitration and, when it found out, it sought to intervene in the court case. The company argued the arbitration award was reached through collusion and fraud, violated its rights to due process and was unenforceable.

The lower court rejected Geico’s requests and confirmed the award, prompting the insurance company’s appeal because it said it did not have a “meaningful opportunity” to defend its interests, according to court documents.

The appeals court found that Geico did not have the right to “re-litigate” the issues after the award had been affirmed.