ATLANTA (AP) — A district attorney for six counties in west Georgia is facing allegations of criminal misconduct while in office, according to an indictment returned Tuesday by a grand jury. 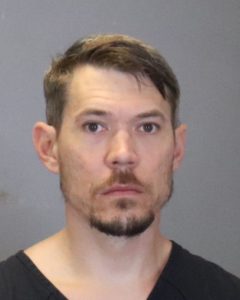 Jones did not immediately respond to a text message or email seeking comment, and his cellphone voicemail was full. A woman answering the phone in the district attorney’s office said Jones wasn’t available and that the office had no comment. A defense attorney who represents Jones in another matter did not immediately respond to an email or a phone message left at his office.

The indictment says that Jones tried to influence a police officer’s testimony during grand jury proceedings in July. Jones told the officer he should testify that a suspect in a killing believed that the victim had been cheating on him to provide a motive so the suspect could be charged with murder, the indictment says.

Also in March, Jones “did knowingly use a threat and engage in misleading conduct” to influence and prevent the testimony of a crime victim and did not assist the victim through the complexities of the criminal justice system and ensure that the victim was informed of his rights under the law, the indictment says.

“It is important for the citizens of Georgia to know that our office will not hesitate to enforce the rule of law, including when it involves the actions of a public official,” Attorney General Chris Carr said in a news release announcing the indictment.

When an elected official is indicted on a felony charge, Georgia law requires the governor to wait 14 days after receiving the indictment and then appoint a review commission to consider whether suspension is appropriate. The members of the commission in this case would be two district attorneys and a retired Supreme Court justice or retired Court of Appeals judge.

They will be tasked with determining whether the indictment relates to and adversely affects Jones’ performance of his duties in a way that negatively affects the public. They are to make a written report to the governor within 14 days.

If the panel recommends suspension, the governor may immediately suspend Jones with pay pending the final disposition of his case or the end of his term of office, whichever happens first. If he’s convicted and any appeals fail, he’ll be removed from office.

Jones is already scheduled to go on trial next week on unrelated felony charges stemming from a campaign video. He’s charged with first-degree criminal damage, interfering with government property and conspiracy in connection with a May 2020 video for his election campaign. The video included stunt driving moves, including cars driving in doughnuts with smoking tires in the parking lot of the Columbus Civic Center.

Three codefendants in that case pleaded guilty Friday and were sentenced, but Jones refused a similar plea offer.

The judge in that case rejected Jones’ claims that he was indicted for political reasons after he beat the incumbent district attorney in the Democratic primary last year.