TAMPA, Fla. (AP) — A Florida inmate who was among those released last month in an effort to contain the coronavirus has been arrested on a murder charge, sheriff’s officials said. 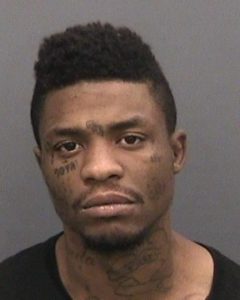 Joseph Edward Williams, 26, was arrested Monday on a second-degree murder charge in connection with a fatal shooting March 20, according to the Hillsborough County Sheriff’s Office. He’s also charged with resisting an officer, being a felon in possession of a firearm and possession of heroin, records show.

Williams was among a group of inmates released from the jail in an effort to prevent the spread of the coronavirus throughout the facility. The Tampa Bay Times reports Williams is the only known inmate released early in the county who has been re-arrested for committing another crime.

On March 19, Hillsborough County Sheriff Chad Chronister said in a news release that 164 county jail inmates accused of low level crimes had been released. They included a housekeeper charged with drugs and a student facing burglary and petty theft charges. Willams, who had been arrested March 13 for possession of less than four grams of heroin and possession of drug paraphernalia, was among those released.

The next night, deputies received 911 calls about gunshots in a neighborhood. When they arrived, they found a man who had been fatally shot, sheriff’s officials said.

Additional details, including the victim’s name, were not immediately released.

Williams is being held on a $280,500 bond. A lawyer for him wasn’t listed on jail records.