JEFFERSON CITY, Mo. (AP) — Geico is off the hook, at least for now, from paying a Missouri woman $5.2 million because she said she contracted a sexually transmitted disease in the car of a man who is insured by the company. 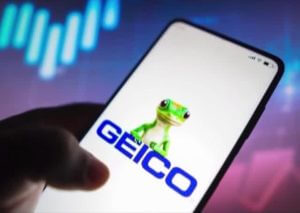 The Missouri Supreme Court on Tuesday ruled unanimously to overturn a lower court’s ruling that favored paying the woman. Instead, the state Supreme Court judges said Maryland-based Geico should have had a chance to weigh in sooner and sent the case back to the lower court for further deliberation.

According to court documents, the woman, identified as M.O., and a man, who were in a relationship, had sex in the man’s car. She contends she contracted HPV, human papillomavirus, because the man did not tell her he had the disease. HPV can cause cervical cancer, certain other cancers and genital warts.

WATCH: Woman contracts HPV in car: GEICO may have to pay her $5.2M

In February 2021, M.O. notified Geico she planned to seek a $1 million insurance settlement against the man. She argued the man’s auto insurance provided coverage for her injuries and losses.

The insurance company refused the settlement, saying the woman’s claim did not occur because of normal use of the vehicle, according to court documents.

An arbitrator eventually determined she should be awarded $5.2 million for damages and her injuries. Geico sought to intervene in the case but was denied by an appeals court.