NEW YORK (AP) — A jury of seven men and five women was selected Friday for Harvey Weinstein’s rape trial after an arduous, two-week process in which scores of people were dismissed because they had already made up their minds about the disgraced Hollywood mogul. 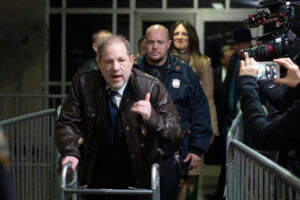 Harvey Weinstein gestures as he walks by reporters as he leaves a Manhattan courtroom after attending jury selection for his trial on rape and sexual assault charges, Friday, Jan. 17, 2020 in New York. (AP Photo/Mark Lennihan)

Opening statements are expected Wednesday in the case against the 67-year-old executive who has come to be seen as the archvillain of the #MeToo era.

The once powerful and feared studio boss behind such Oscar winners as “Pulp Fiction” and “Shakespeare in Love” is charged with raping a woman in a New York City hotel room in 2013 and forcibly performing a sex act on another at his apartment in 2006. He has said any sexual activity was consensual. If convicted, he could get life in prison.

During jury selection, prosecutors accused Weinstein’s lawyers of systematically trying to keep young women off the panel, though the final gender makeup of the jury turned out to be more closely balanced.

For its part, the defense raised an outcry and demanded a mistrial because one of the jurors is the author of an upcoming novel involving young women dealing with predatory older men. The request was denied, but Weinstein’s lawyers continued to claim outside court that the juror had withheld the information on her questionnaire.

“We got the best jury we could get under the circumstances,” defense attorney Donna Rotunno told reporters. “I’m obviously not happy with what happened in the end there. I think that was an absolutely ridiculous decision.”

The defense said it wasn’t specifically trying to exclude young women but didn’t want jurors too young to understand the way men and women interacted in the early 1990s.

“That was a different time in New York and on planet Earth,” said another Weinstein attorney, Arthur Aidala,

A stooped Weinstein, shuffling out of the courthouse with the use of a walker because of recent back surgery, had no comment when asked his thoughts on jury selection. “Ask Donna!” he said, referring to Rotunno.

Three alternates — one man and two women — were also seated and will sit through the trial and take the place of any jurors who can’t make it through to deliberations.

On Day One of jury selection last week, one-third of the first 120 prospective jurors were promptly sent home after Judge James Burke asked if there was anyone who could not be impartial and about 40 hands went up. Each day for nearly a week afterward, dozens of people raised their hands whenever the question was asked of a new batch of potential jurors.

Of the more than 600 people summoned for the case, some marked themselves for disqualification by admitting they knew one of Weinstein’s many accusers, had personal experience with sexual abuse or read “Catch and Kill,” a book by Ronan Farrow, one of the first reporters to expose the allegations against Weinstein.

Weinstein’s lawyers have tried, so far unsuccessfully, to move the trial out New York City, arguing that heavy publicity has turned the case into a “carnival” and that the media hub where celebrities and ordinary people often intersect can’t possibly give their client a fair trial. The request is now before a state appeals court.

Cognizant of the media attention and the weight some people are attaching to the case, the judge cautioned potential jurors: “This trial is not a referendum on the #MeToo movement.”

Another man was scratched for saying he couldn’t be fair-minded because he had often spotted Weinstein in Manhattan’s Tribeca neighborhood. “On several occasions I’ve seen him on the phone screaming at someone,” he said.

There was at least one instance of what jury consultants call “stealth jurors” — people eager to serve, especially on a high-profile case, because they hope to make a point or a profit.

On Thursday, the judge threatened to hold a potential juror in contempt of court for asking his followers on Twitter “how a person might hypothetically leverage serving on the jury of a high-profile case to promote their new novel.” 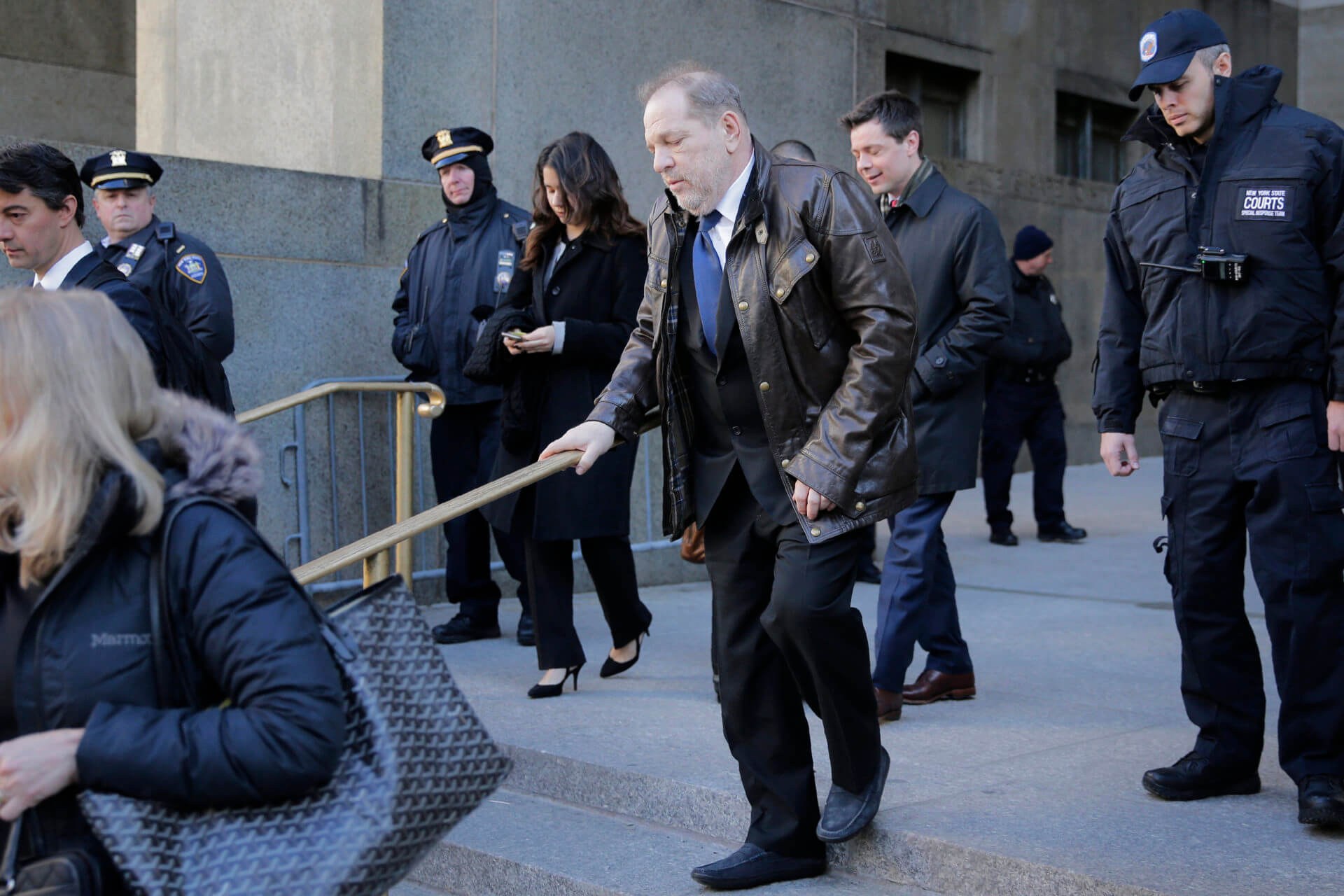