KANSAS CITY, Mo. (KSHB) — A jury has found David Jungerman guilty of murder and armed criminal action in the death of an attorney in 2017.

A sentencing hearing will happen at a later date.

Jungerman was charged with first-degree murder and armed criminal action charges in the death of Tom Pickert, an attorney at Fowler Pickert Eisenmenger, in April 2018. 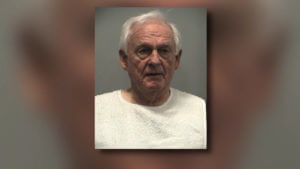 On Tuesday, a judge ruled Jungerman was competent to stand trial for the death of Pickert.

The trial began on Sept. 12 but was delayed due to concerns that Jungerman may have been exposed to COVID-19.

Pickert was shot dead in the front yard of his Brookside home in Oct. 2017.

He was shot once by a .17 caliber round, which is relatively rare, according to the prosecutor’s office.

Jungerman was not deemed a suspect after initially being questioned about Pickert’s homicide.

However, police obtained a search warrant for Jungerman’s car, house and business in March 2018.

During the search, police found an unspent .17 caliber bullet under the passenger seat of a white van.

The white van matched witnesses’ description of a vehicle traveling around Raytown to Pickert’s neighborhood.

A man walking his dog nearby said he saw an older white man with gray hair standing behind a white van, which was parked directly across from Pickert’s house.

Jungerman told media outlets that no one used his van that day, and that he was the only one with a key.

While searching his home and business, police also found a printout from the Jackson County property tax database that showed Pickert’s home address at his business and obtained an audio recording of a discussion Jungerman had with an employee about a .17 caliber rifle and killing Pickert.

This story was originally published Sept. 22 by KSHB in Kansas City, an E.W. Scripps Company.

Woman convicted of killing a woman to take her unborn baby