ST. LOUIS (AP) — A paraplegic inmate at a St. Louis jail hasn’t been able to shower for more than five months because the facility isn’t equipped to accommodate people who need wheelchairs, advocacy groups argue in a new federal lawsuit.

Anthony Tillman, 39, was given a wash basin and rag, but he’s unable to use them to fully clean himself because of his physical limitations, according to the lawsuit filed Tuesday on Tillman’s behalf. 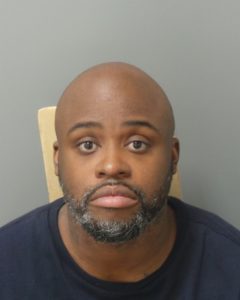 The St. Louis City Justice Center, where Tillman has been jailed since Oct. 5, has no showers for people in wheelchairs, which violates the federal Americans with Disabilities Act, according to the lawsuit, which seeks a court order requiring the lockup to provide access to a shower that accommodates Tillman’s disability.

“I just want to be treated fair, like how everyone else is supposed to be treated,” Tillman said in a news release issued by one of the advocacy groups, ArchCity Defenders.

City spokesman Jacob Long on Wednesday declined to comment on the lawsuit.

The suit says Tillman has a bullet lodged in his back from a 2017 shooting. It says that during a previous stint in the jail on different charges, he fell in the jail shower in February 2020 and cut himself, leading to a blood infection and other complications.

Tillman is now jailed on charges alleging that he fired on a vehicle that had a child in it.

The jail has had three inmate uprisings since December, including a violent outbreak in February, when 117 inmates set fires and tossed items out of windows. Advocates said the inmates were upset about jail conditions and lax COVID-19 protocols.