PHOENIX (AP) — Four death row prisoners have tested positive for the coronavirus and another five are showing symptoms at the Arizona prison with the most confirmed cases, a defense attorney told The Associated Press. One of the ill inmates says he and the others are being isolated in a dirty, cockroach-infested building. 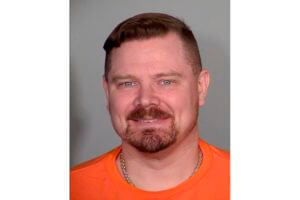 The first case on death row surfaced last week at the prison complex in Florence, which accounts for 22 of the 34 infections in Arizona prisons. Three other condemned prisoners have since tested positive, said Dale Baich, who leads death penalty appeals in the Federal Public Defender’s Office in Arizona.

It’s unknown whether the five death row prisoners with symptoms have been tested. The Florence prison houses nearly 3,600 people, including the 114 men in Arizona who have been sentenced to die.

“We are very concerned about their health and welfare — and that people who may have symptoms are not being tested,” Baich said.

Many prisons, jails and detention centers across the United States are experiencing outbreaks of the virus, including nearly 4,000 prisoners who fell ill in Ohio. Those facilities are believed to be vulnerable spots for the spread of the coronavirus because inmates with compromised health live in close quarters.

In Arizona, the first death row prisoner to test positive was Patrick Bearup. Baich declined to reveal the identities of the three others.

In a brief phone interview Monday with the AP, Bearup said he and several other prisoners with confirmed cases were quarantined in a filthy, roach-infested building at the complex in Florence.

Bearup, who has been sick for two weeks, said he was achy, nauseous and so physically weak that he was unable to get out of bed that day.

“This is the sickest I have been in my life,” he said, noting that his hands shook as he held the phone.

Bearup, who was convicted of killing 40-year-old Mark Mathes in 2002, said corrections officials weren’t prepared to deal with the sick prisoners.

He said they weren’t being given adequate supplies to clean cells and the quality of the water in the quarantine area where he is housed made him want to vomit. Bearup, who has asthma, was being treated with a nebulizer device, which administers medication to the lungs.

Previously, corrections officials said they were separating prisoners with flu-like symptoms from the general prison population, providing soap for cleaning housing areas and good hygiene, and waiving a $4 medical copayment that prisoners must pay for receiving treatment for cold and flu symptoms.

Lawyers who represent prisoners in a lawsuit over the quality of health care have described in court records what they said were unsanitary conditions during a March 11-12 visit at the Florence complex, saying medically fragile prisoners were crowded in dirty and unventilated dorms and tents. The attorneys asserted that corrections officials didn’t have an adequate plan for confronting the virus.

The Department of Corrections, Rehabilitation and Reentry disputed the characterizations of the conditions at the Florence prison and its preparedness for the pandemic.

Of the state’s nearly 42,000 prisoners, the state has said 6,600 are considered medically vulnerable because of their health and being at least 60.

Bearup, who is 43, got choked up when considering the fate of older prisoners in poor health.

“Prisoners’ lives still matter,” Bearup said. “There are a lot of men in here in my community — I get what we are in here for. I get there’s crime and punishment, but this is not the punishment that was assigned to them.”

Overall, Arizona has more than 5,700 confirmed cases of the virus, with 249 deaths.

For most people, the coronavirus causes mild or moderate symptoms, such as fever and cough. For some, especially older adults and people with existing health problems, it can cause more severe illness and death. The vast majority of people recover.