CLERMONT COUNTY, Ohio (WCPO) — A man convicted and imprisoned for murdering his 3-year-old foster son and disposing of his body after burning it will see his first parole hearing in July.

David Carroll was convicted in 2007 for murdering Marcus Fiesel. 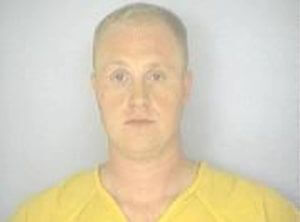 Foster parents David and Liz Carroll reported the toddler missing from Julifs Park in August 2006. Liz Carroll claimed her 3-year-old son with autism went missing after she had passed out due to low blood pressure.

On that day, almost 3,000 people searched for the missing toddler, only to find that he was never really missing at all.

Two weeks would pass before the truth came out: Marcus Fiesel was already dead, wrapped in a blanket, bound with packing tape and left in a closet to die over a hot August weekend.

Amy Baker, David Carroll’s live-in girlfriend, ultimately confessed to prosecutors, revealing the events that led to Fiesel’s death: She said the Carrolls put him in a closet, bound tight, on Aug. 4. He had no food or water. A subsequent coroner’s investigation found the temperature in the closet was between 105 and 115 degrees. 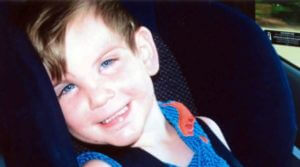 David and Liz collected their other children and their dog and left to attend a family reunion, leaving Fiesel wrapped in blankets in the closet. When they returned, the boy had died. David put the child’s body in a moving box and covered him with clothes.

Baker admitted to a grand jury that she and David Carroll had purchased gas and drove to an abandoned chimney Amy knew of in Brown County.

Testimony from Baker and Liz Carroll led detectives to an abandoned farmhouse in Brown County, where David Carroll and Baker burned Marcus’ remains in a chimney; what didn’t burn they tossed in the Ohio River.

Because the Carrolls killed Marcus at their Clermont County home, they were prosecuted for his death there.

Liz Carroll pleaded not guilty despite admitting to the Hamilton County grand jury what happened; a transcript of her testimony shows she claimed Marcus’ death was an accident, and that she was innocent. A jury convicted her of murder, involuntary manslaughter, kidnapping, felonious assault and endangering children in Clermont County. In Hamilton County, she pleaded no contest to perjury, inducing panic and making false alarms. She was sentenced to 54 years to life in prison and won’t be eligible for parole until 2060.

David Carroll took a plea deal and was sentenced to 15 years to life. Clermont County prosecutor Mark Tekulve said David will go before his first scheduled parole board hearing in July.

Because Baker cooperated with prosecutors, she was not charged.

Marcus’ death spurred reform in the following months and years: In 2009, the Ohio Supreme Court adopted a rule providing a “guardian ad litem” for each foster child; the guardian acts as a liaison between the court and foster care system.

Ohio’s Criminal Justice Information System expanded to alert child protective services if a foster parent is criminally charged. Had it been in effect in Butler County, where Marcus was from, he might have been pulled from the Carroll home following a June 2006 domestic violence arrest of David Carroll, though the charge was later dismissed.

This story was originally published June 6, 2022 by WCPO in Cincinnati, an E.W. Scripps Company.