JACKSON, Miss. (AP) — The Mississippi abortion clinic that was at the center of the U.S. Supreme Court decision that overturned Roe v. Wade ended a lawsuit Tuesday in which it had sought to block the state from enforcing a law that bans most abortions.

Jackson Women’s Health Organization dropped its litigation a day after clinic owner Diane Derzis told The Associated Press that she sold the facility and had no intention to reopen it, even if a state court allowed her to do so. 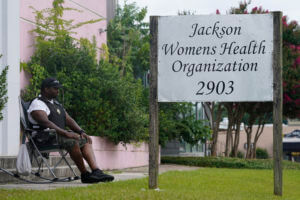 “If the clinic is not in a position to reopen in Mississippi, it no longer has a basis to pursue this case in the courts,” Rob McDuff, a Mississippi Center for Justice attorney who was among those representing the clinic, said in a statement. Derzis said the clinic’s furniture and equipment have been moved to a new abortion clinic she will open soon in Las Cruces, New Mexico.

Court battles over access to abortion are playing out in multiple states following the Supreme Court’s June 24 ruling, which gave states the authority to set their own laws on abortion. On Tuesday, West Virginia’s only abortion clinic resumed scheduling patients for abortions after a judge ruled in its favor. And new restrictions on some abortions were in effect in Indiana after a judge lifted a hold on them.

The Mississippi clinic — best known as the Pink House because of its bright paint job — stopped offering medication-induced and surgical abortions July 6, the day before Mississippi enacted a law that bans most abortions. Mississippi was one of several states with a trigger law that went into effect after the Supreme Court ruling. 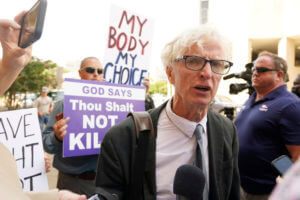 Attorney Rob McDuff, an attorney representing the Jackson Women’s Health Organization, speaks with reporters, after arguing for a lawsuit filed by the state’s only abortion clinic, to remain open by blocking a law that would ban most abortions in the state, Tuesday, July 5, 2022, at the Hinds County Chancery Court in Jackson, Miss. (AP Photo/Rogelio V. Solis)

The Mississippi trigger law, passed in 2007, says abortion is legal only if the pregnant woman’s life is in danger or if a pregnancy is caused by a rape reported to law enforcement. It does not have an exception for pregnancies caused by incest.

On July 5, a state court judge rejected a request by the clinic’s attorneys to block the trigger law from taking effect. The clinic appealed the ruling to the state Supreme Court, citing a 1998 ruling that said the state constitution invokes a right to privacy that “includes an implied right to choose whether or not to have an abortion.”

Because the clinic is dropping its lawsuit, the Mississippi Supreme Court will not issue a new ruling.

In West Virginia, Women’s Health Center began scheduling patients for abortions for as early as next week after a judge on Monday blocked enforcement of the state’s 150-year-old abortion ban. 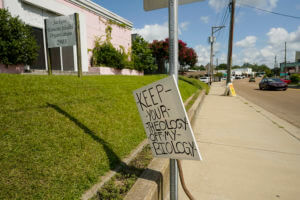 A lone abortion rights protest sign rests on the sidewalk by the Jackson Women’s Health Organization clinic in Jackson, Miss., Friday, July 8, 2022. The clinic was the only facility that performed abortions in the state. (AP Photo/Rogelio V. Solis)

“The impacts of abortion being pushed out of reach for the last month have been devastating,” she said in a statement. “Make no mistake: Essential health care shouldn’t depend on the whims of a court or politicians, it should be based on compassion and what’s best for one’s life and future. We won’t stop fighting for the ability to serve our patients with the care they need — not now, and not ever.”

West Virginia has a law dating back to the 1800s that makes performing or obtaining an abortion a felony punishable by up to a decade in prison. It provides an exception for cases in which a pregnant person’s life is at risk.

Women’s Health Center of West Virginia suspended abortion services June 24, and dozens of abortion appointments were canceled out of fear that providers or patients could be prosecuted under the old statute.

During Monday’s court hearing, lawyers for the Women’s Health Center argued that the old law is void because it has not been enforced in more than 50 years and has been superseded by a slew of modern laws regulating abortion that acknowledge West Virginians’ right to the procedure. One example is a 2015 law that allows abortions until the 20th week of pregnancy.

In Indiana, a law that bans abortions based on gender, race or disability was in effect Tuesday, a day after a federal judge lifted an order that blocked its enforcement. The law includes a ban on abortions sought because a fetus has a genetic abnormality such as Down syndrome. It was adopted by Indiana’s Republican-dominated Legislature in 2016 and signed by then-Gov. Mike Pence. The law allows doctors who perform abortions in such cases to be sued for wrongful death. 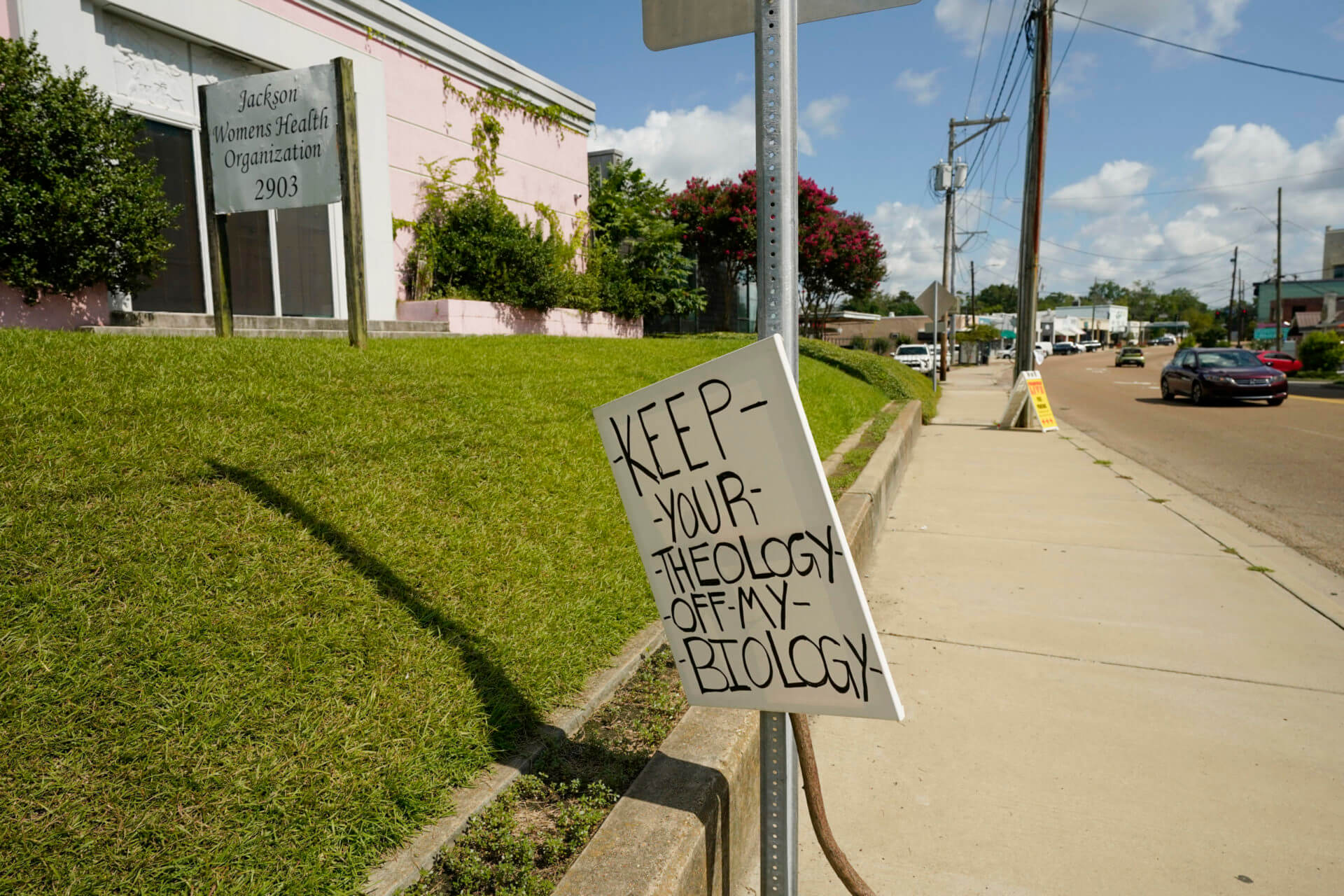 A lone abortion rights protest sign rests on the sidewalk by the Jackson Women's Health Organization clinic in Jackson, Miss., Friday, July 8, 2022. The clinic was the only facility that performed abortions in the state. (AP Photo/Rogelio V. Solis)
MORE NEWS