LAS CRUCES (AP) — A New Mexico jury has reached a guilty verdict for a female defendant accused of killing her ex-boyfriend with the help of a new boyfriend in 2018. 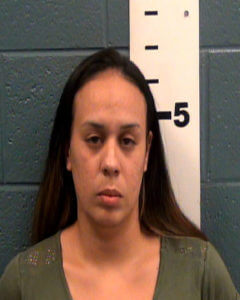 Prosecutors argued that Cristal Cardenas and Luis Flores tried to hire a hitman to kill the father of Cardenas’ daughter, and did it themselves when it didn’t work out.

A jury found Cardenas guilty Friday, the Las Cruces Sun-News reports. Cardenas said in the trial that she didn’t kill the couple, and her lawyer argued it could have been someone else, like a drug gang.

Cardenas’ ex, Mario Cabral, and his girlfriend, Venessa Mora Rodriguez, were shot dead at their home in Garfield, a town in the southern part of the state.

Mora Rodriguez’ daughter testified that she heard the gunshots and found them dead.

Flores, accused of firing the shots that killed the couple, faces a trial scheduled for April.