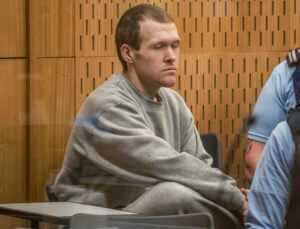 Australian Brenton Harrison Tarrant, 29, sits in the dock on day three at the Christchurch High Court for sentencing after pleading guilty to 51 counts of murder, 40 counts of attempted murder and one count of terrorism in Christchurch, New Zealand, Wednesday, Aug. 26, 2020.  (John Kirk-Anderson/Pool Photo via AP)

CHRISTCHURCH, New Zealand (AP) — On a day when the poetic words of love from a daughter to her murdered father brought many people to tears in a New Zealand courtroom, the white supremacist who killed him and 50 other worshippers at two mosques said he wouldn’t speak before he is sentenced.

Gunman Brenton Harrison Tarrant had earlier pleaded guilty to murder, attempted murder and terrorism for the March 2019 attacks. After earlier firing his lawyers and deciding to defend himself, he could have spoken on the final day of his sentencing hearing, scheduled for Thursday.

But the 29-year-old Australian told the judge Wednesday he didn’t plan to say anything and instead a standby lawyer would make a short statement on his behalf.

Over the first three days of the hearing, 90 survivors and family members told the judge about the pain and aftermath of the attacks. Many said Justice Cameron Mander should hand down the maximum available sentence — life in prison without the possibility of parole.

The hearing has provided some degree of catharsis. Some chose to yell at the gunman and give him the finger. Others called him a monster, a coward, a rat. Some sung verses from the Quran or addressed him in Arabic. A few spoke softly to Tarrant, saying they forgave him.

She said she wonders if, in his last moments, he was frightened or in pain, and wishes she could have been there to hold his hand. She told the gunman to remember her dad’s name, Abdelfattah Qasem. 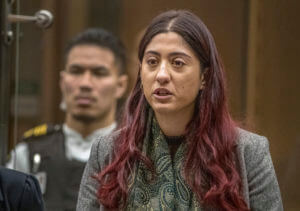 Sara Qasem gives her victim impact statement during the sentencing hearing for Australian Brenton Harrison Tarrant at the Christchurch High Court after Tarrant pleaded guilty to 51 counts of murder, 40 counts of attempted murder and one count of terrorism in Christchurch, New Zealand, Wednesday, Aug. 26, 2020.  (John Kirk-Anderson/Pool Photo via AP)

Tarrant has shown little emotion during the sentencing. He has watched the speakers, occasionally giving a small nod or covering his mouth as he laughs at jokes, often made at his expense.

Qasem said Tarrant had made a choice.

She said she pitied Tarrant’s coarse and tainted heart, and his narrow view of the world that couldn’t embrace diversity.

“Take a look around this courtroom,” she said to the gunman. “Who is the ‘other’ here, right now, is it us, or is it you? I think the answer is pretty clear.”

Tarrant is noticeably thinner than when he was first arrested. At the current hearing, he hasn’t shown the brazenness he did at his first court appearance the day after the attacks, when he made a hand gesture sometimes adopted by white supremacists.

The attacks targeting people praying at the Al Noor and Linwood mosques shocked New Zealand and prompted new laws banning the deadliest types of semi-automatic weapons. They also prompted global changes to social media protocols after the gunman livestreamed his attack on Facebook, where it was viewed by hundreds of thousands of people.

Also speaking at Wednesday’s hearing was Ahad Nabi, whose father Haji was killed. An imposing man, Ahad Nabi stared at the gunman and gave him the finger with both hands. 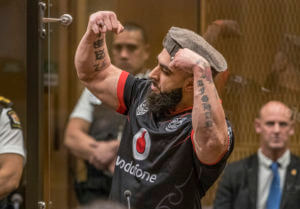 Ahad Nabi gestures as he reads a victim impact statement during the sentencing hearing for Australian Brenton Harrison Tarrant at the Christchurch High Court after Tarrant pleaded guilty to 51 counts of murder, 40 counts of attempted murder and one count of terrorism in Christchurch, New Zealand, Wednesday, Aug. 26, 2020.  (John Kirk-Anderson/Pool Photo via AP)

“Your father was a garbageman and you have become trash of society,” Nabi said.

He said Tarrant was a sheep who wore a wolf’s jacket for 10 minutes of his life and that only fire awaited him.

A statement from the father of the youngest victim, 3-year-old Mucaad Ibrahim, was also read to the court.

The boy’s father said his son loved playing in the mosque and made friends with all the worshippers, young and old. Mucaad loved to run around at home and dress up as a police officer, his father said, and they wondered if he would one day join the force.

“Your atrocity and hatred did not turn out the way you expected,” the father said in the statement. “Instead, it has united our Christchurch community, strengthened our faith, raised the honor of our families, and brought our peaceful nation together.” 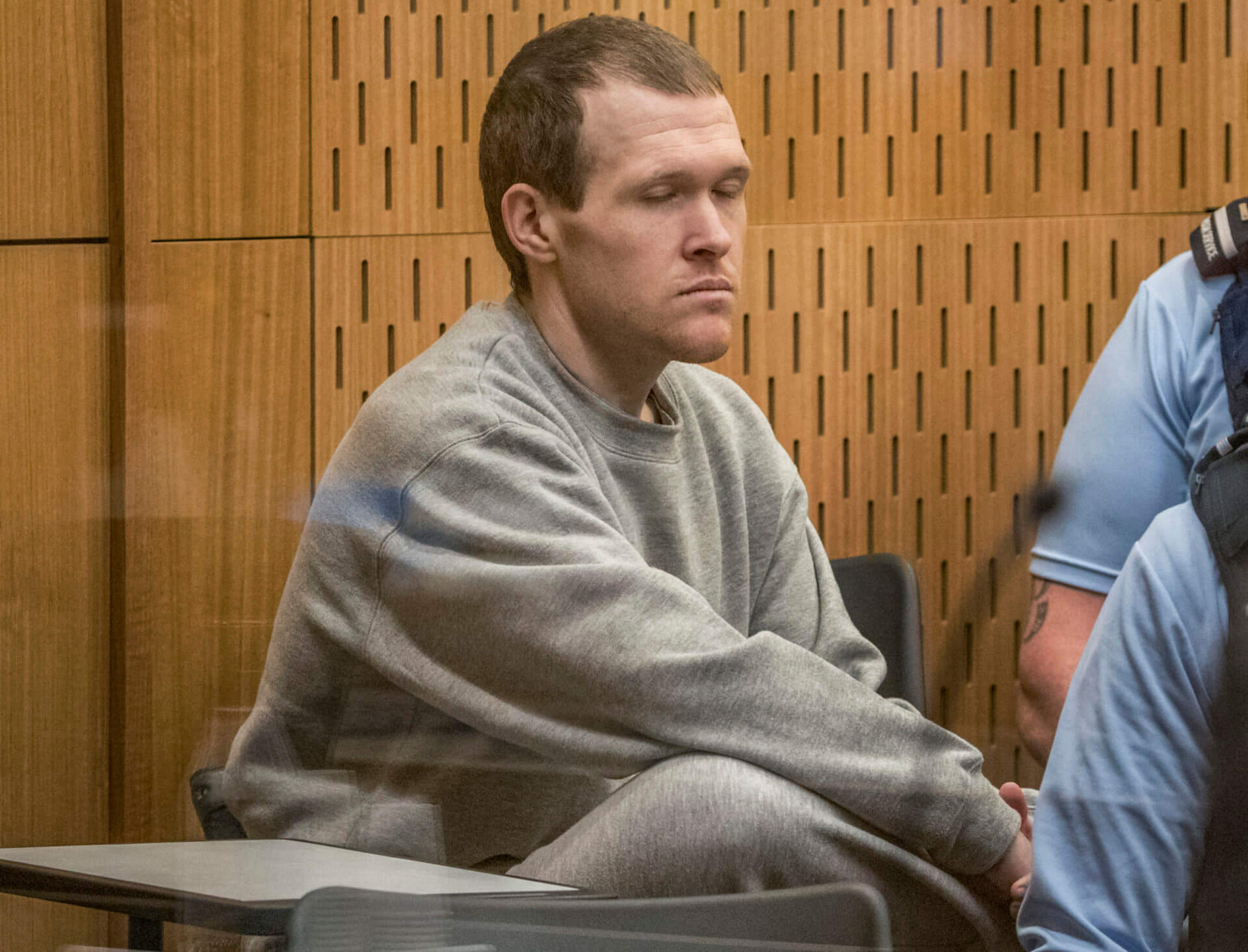 Australian Brenton Harrison Tarrant, 29, sits in the dock on day three at the Christchurch High Court for sentencing after pleading guilty to 51 counts of murder, 40 counts of attempted murder and one count of terrorism in Christchurch, New Zealand, Wednesday, Aug. 26, 2020. More than 60 survivors and family members will confront the New Zealand mosque gunman this week when he appears in court to be sentenced for his crimes in the worst atrocity in the nation's modern history. (John Kirk-Anderson/Pool Photo via AP)
MORE NEWS