CHRISTCHURCH, New Zealand (AP) — A man who was shot and wounded in the New Zealand mosque attacks had a simple message for the mass-murderer responsible: “You are the loser, and we are the winners.”

Mirwais Waziri was among the survivors and family members who spoke on the second day of a four-day sentencing hearing for white supremacist Brenton Harrison Tarrant, who killed 51 worshippers at two mosques during the March 2019 attacks.

Waziri said Tarrant had not shown any remorse during the hearing and so instead of giving a victim’s impact statement he wanted to deliver the gunman a message. Coming from Afghanistan, Waziri said, he was sometimes associated with terrorism but now he’d been freed.

“You took that name from me,” Waziri said. “Today, you are the terrorist.”

His comments elicited spontaneous applause from other victims in the courtroom. Others told Tarrant during their statements that he was a coward, a monster, a rat.

Tarrant broke his impassive facade a couple of times to smirk at survivors when they made fun of him — one told him he should read the Quran during his plentiful free time, another said he was still alive because Tarrant didn’t know how to shoot, except from point-blank range.

The 29-year-old Australian gunman in March pleaded guilty to murder, attempted murder, and terrorism, reversing an earlier not guilty plea. He could become the first person in New Zealand to be sentenced to life imprisonment without the possibility of parole, the toughest sentence available.

Tarrant is noticeably thinner than when he was first arrested. At the current hearing, he hasn’t shown the brazenness he did at his first court appearance the day after the attacks, when he made a hand gesture sometimes adopted by white supremacists. 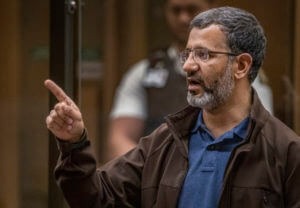 Mirwais Waziri gestures during the sentencing hearing for Australian Brenton Harrison Tarrant at the Christchurch High Court after Tarrant pleaded guilty to 51 counts of murder, 40 counts of attempted murder and one count of terrorism in Christchurch, New Zealand, Tuesday, Aug. 25, 2020.  (John Kirk-Anderson/Pool Photo via AP)

During Tuesday’s hearing, relatives and survivors described how more than a year after the attacks, they were still having trouble sleeping, enjoying life and providing for their families.

Rashid Omar, whose 24-year-old son Tariq was killed at the Al Noor mosque, said he’d desperately held out hope his son had survived until police and Muslim leaders read out a list of those who’d died.

He started crying with his family even though he’d intended to remain strong.

“As a parent, no matter how old your children are, they’ll always be your baby,” he said.

Each day has become a burden to endure and he finds even simple tasks hard to complete, Omar said. He wakes up tired and with no energy. He once loved photography, he said, but now can’t bear to pick up a camera.

Omar’s wife Rosemary said she functions from moment to moment, often in a fog. The loss and grief is debilitating, she said, and has cast a shadow over everything in their lives.

“It’s like I’m broken, and I see my family as broken,” she said.

Many of those who spoke described ongoing financial strain.

Motasim Uddin, who was shot in the leg and spent more than three months hospitalized, said he hadn’t been able to return to his job as a welder and was worried about his future, especially as he was trying to support his parents in Bangladesh.

“I cannot forget what happened, what I saw,” Uddin said. ”I try to forget, but I wake up thinking about it.”

Noraini Milne, whose 14-year-old son Sayyad was killed, said her own survival came as a blessing as she planned to spend her life helping others.

“You chose to perform a despicable and cowardly act,” she said to Tarrant.

Tarrant has dismissed his lawyers and is representing himself during the sentencing.

They also prompted global changes to social media protocols after the gunman livestreamed his attack on Facebook, where it was viewed by hundreds of thousands of people. 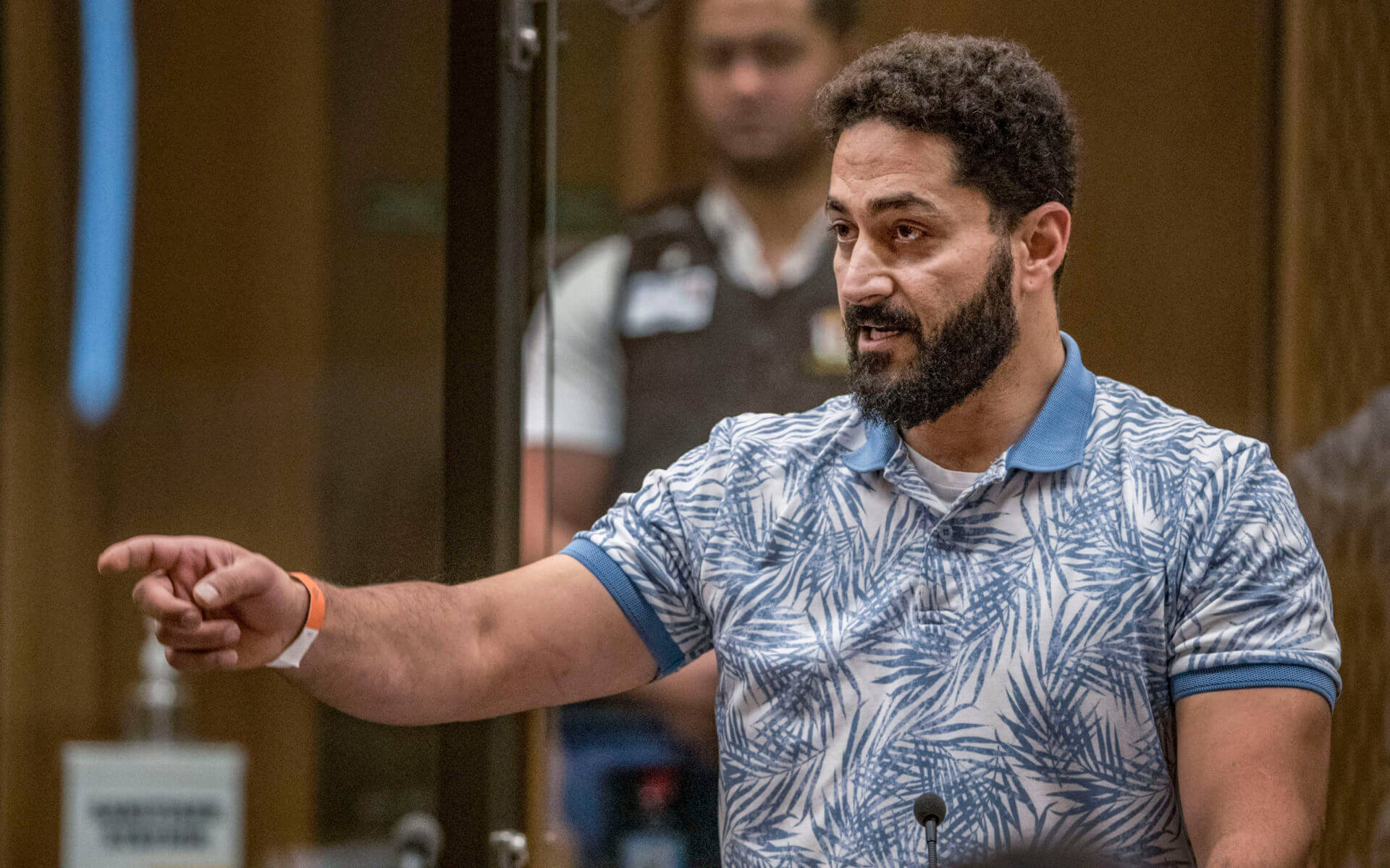 Wasseim Daragmih makes a victim impact statement during the sentencing hearing for Australian Brenton Harrison Tarrant at the Christchurch High Court after Tarrant pleaded guilty to 51 counts of murder, 40 counts of attempted murder and one count of terrorism in Christchurch, New Zealand, Tuesday, Aug. 25, 2020. More than 60 survivors and family members will confront the New Zealand mosque gunman this week when he appears in court to be sentenced for his crimes in the worst atrocity in the nation's modern history. (John Kirk-Anderson/Pool Photo via AP)
MORE NEWS