FALLS CHURCH, Va. (AP) — A nurse practitioner from northern Virginia sued CVS Health on Wednesday, saying she was fired for refusing to provide abortion-inducing drugs at its MinuteClinic medical facilities.

In the lawsuit, Paige Casey said CVS had for years granted her a religious accommodation that allowed her to opt out of prescribing or providing the drugs and certain contraceptives without incident. 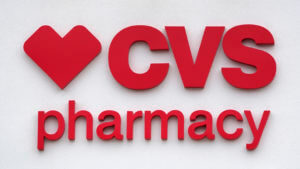 FILE – The CVS Pharmacy logo is displayed on a store on Aug. 3, 2021, in Woburn, Mass. A nurse practitioner from northern Virginia sued CVS Health on Wednesday, Aug. 31, 2022, saying she was fired for refusing to provide abortion-inducing drugs at its MinuteClinic medical facilities. (AP Photo/Charles Krupa)

Last year, though, she says the company changed its policy and stopped providing such accommodations.

Casey — who worked for MinuteClinic since 2018, primarily at a facility in Alexandria — appealed to the company, saying her Catholic faith teaches her that life begins at conception and she could not provide care in violation of that principle.

She says she was fired in late March, the same day she emailed company officials to reiterate her objections.

“Every American should have the freedom to operate according to their ethical and religious beliefs,” ADF lawyer, Kevin Theriot, who is representing Casey, said in a phone interview.

Michael DeAngelis, a spokesman for Woonsocket, Rhode Island-based CVS, said the company tries to accommodate religious beliefs, but said sexual health services are an essential part of the job at MinuteClinics.

“It is not possible … to grant an accommodation that exempts an employee from performing the essential functions of their job,” he said in a written statement. “We cannot grant exemptions from these essential MinuteClinic functions.”

Theriot said there is very little case law under the Virginia statute, in part because “very rarely do corporations just come out and fire somebody because of their religious convictions.”

But he said most states provide similar protections, and federal law provides protection as well.

Patients who wanted birth control or abortion medications not provided by Casey could simply schedule or be served by other practitioners in the MinuteClinic network, Theriot said. And that worked seamlessly until CVS changed its policy, Theriot said.

“CVS created a problem where none existed,” he said.

The lawsuit was filed in Prince William County Circuit Court.