DECATUR, Ga. (AP) — Georgia’s state investigation into the fatal shooting of Ahmaud Arbery should be finished soon, the official in charge of the inquiry said Friday while the prosecutor who will try the case in court pledged to “make sure that we find justice” for a broken family and community. 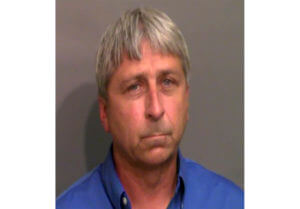 This booking photo provided by the Glynn County Sheriff’s Office shows William “Roddie” Bryan Jr., who was jailed Thursday, May 21, 2020, in Brunswick, Ga., on charges of felony murder and attempted false imprisonment. Bryan is the third person charged in the fatal shooting of Ahmaud Arbery on Feb. 23, when a white father and son armed themselves and pursued Arbery after seeing him running in their neighborhood. (Glynn County Sheriff’s Office via AP)

Georgia Bureau of Investigation Director Vic Reynolds told a news conference that he anticipates his agency will wrap up its investigation in a “relatively short period of time.” The announcement followed the arrest Thursday of a third suspect — the man whose cellphone video of Arbery’s shooting stirred a national outcry.

“At this point, we feel confident the individuals who needed to be charged have been charged,” Reynolds said at GBI headquarters in Decatur.

William “Roddie” Bryan Jr., 50, was arrested Thursday on charges of felony murder and criminal attempt to commit false imprisonment. Bryan’s neighbors, Gregory and Travis McMichael, were arrested on felony murder and aggravated assault charges after the video spread on social media, more than two months after the slaying.

Appearing alongside Reynolds on Friday was Cobb County District Attorney Joyette Holmes, making her first public comments since she was appointed on May 11 to take over prosecution of the case.

“We are going to make sure that we find justice in this case. We know that we have a broken family and a broken community down in Brunswick,” said Holmes, who is based in metro Atlanta. 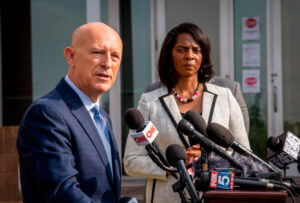 Vic Reynolds, director of the Georgia Bureau of Investigation, speaks to the press as Joyette Holmes, Cobb County District Attorney, looks on during a news conference Friday, May 22, 2020, in Decatur, Ga,. Reynolds was announcing the arrest of William Bryan in connection with the death of Ahmaud Arbery. Holmes’ office is handling the case of three men charged in connection with Arbery’s death. (AP Photo/Ron Harris)

Asked how Bryan could be charged with murder if he didn’t pull the trigger on the weapon used to kill, Reynolds referred to Bryan’s arrest warrant, which says he tried “to confine and detain” Arbery without legal authority by “utilizing his vehicle on multiple occasions” before Arbery was shot.

Bryan’s attorney, Kevin Gough, has said his client played no role in Arbery’s death, asserting that “Roddie Bryan is not now, and has never been, more than a witness to the shooting.”

But the GBI director said Friday that “if we believed he was a witness, we wouldn’t have arrested him.”

Under Georgia law, a felony murder charge means that a death occurred during the commission of an underlying felony and doesn’t require intent to kill. A murder conviction in Georgia carries a minimum sentence of life in prison, either with or without parole.

The GBI is also working “hand in hand” with federal officials, Reynolds said. Since Georgia lacks a hate crime law, any hate crime prosecution would have to be done by the U.S. Justice Department.

Arbery was slain Feb. 23 when the white father and son armed themselves and pursued the 25-year-old black man running in their neighborhood. Gregory McMichael told police he suspected Arbery was a burglar and that Arbery attacked his son before being shot. Bryan lives in the same subdivision, just outside the port city of Brunswick.

After Bryan’s video leaked online May 5, Gov. Brian Kemp called the slaying “absolutely horrific.” The GBI took over the case from local police, and the arrests of the McMichaels followed on May 7.

The Glynn County police incident report says Gregory McMichael told an officer that at one point Arbery “began running back the direction from which he came and `Roddy’ attempted to block him which was unsuccessful.” It’s the only mention in the police report of any potential involvement by Bryan. 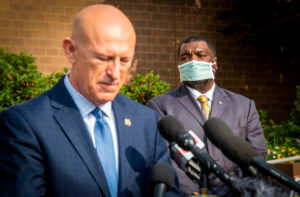 Richard Randolph, right, Deputy Chief Investigator at Cobb County District Attorney’s Office, wears a mask as Vic Reynolds, director of the Georgia Bureau of Investigation, speaks at a news conference on Friday, May 22, 2020, in Decatur, Ga. Reynolds was announcing the arrest of William Bryan in connection with the death of Ahmaud Arbery. (AP Photo/Ron Harris)

Speaking to reporters before Bryan’s first court appearance Friday, Gough said he wants the case tried quickly despite concerns about the coronavirus, adding: “Roddie and I are quite comfortable with having this case tried this summer.”

Gough declined to discuss Bryan’s actions the day of the shooting but said authorities overreached in charging him with felony murder.

“These charges, if sustained, constitute a substantial expansion of criminal liability in Georgia that many in the fullness of time will likely find troubling,” Gough said.

“We called for his arrest from the very beginning of this process,” attorneys S. Lee Merritt, Benjamin Crump and L. Chris Stewart said in a statement. “His involvement in the murder of Mr. Arbery was obvious to us, to many around the country and after their thorough investigation, it was clear to the GBI as well.”

Gregory McMichael retired last year after more than two decades as an investigator for the local prosecutor’s office. Because of those ties, Brunswick Judicial Circuit District Attorney Jackie Johnson recused herself. Two other outside prosecutors stepped aside in succession before Holmes was appointed.

Now Bryan is behind bars along with the McMichaels in the Glynn County jail. A judge has yet to decide whether to free them on bond pending trial. Attorneys for the father and son have urged people not to rush to judgment. 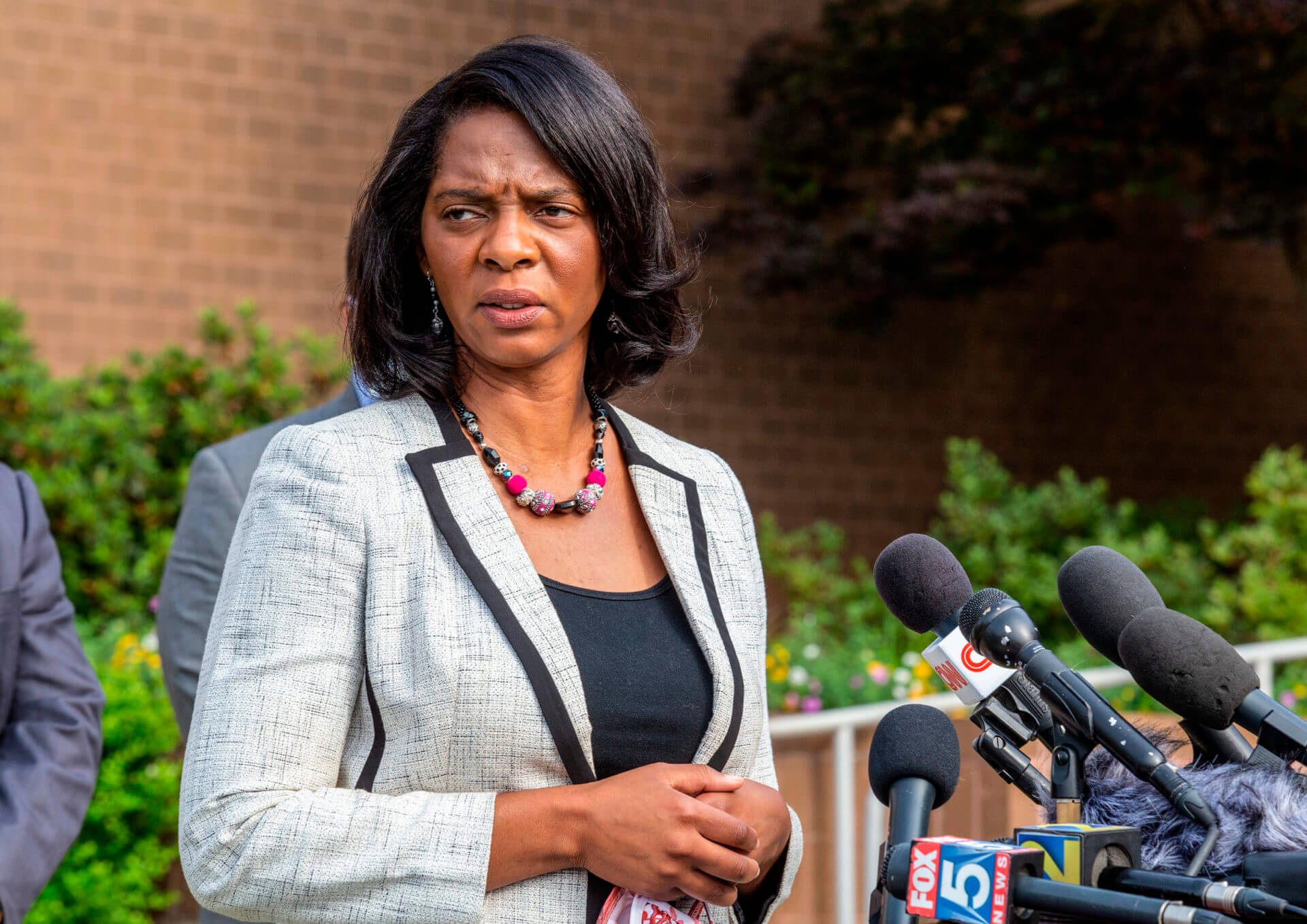