WEST CHESTER, Ohio (WCPO) — Gurpreet Singh, who is accused of the 2019 killings of his wife and three other family members at their West Chester apartment was back in court Wednesday with new court-appointed attorneys.

A new trial date was not chosen, but a hearing was scheduled for January 11. 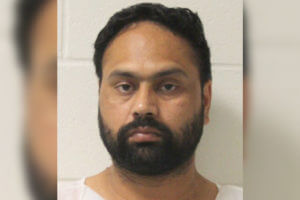 Last month, after a three-week trial, Butler County Common Pleas Judge Greg Howard declared a mistrial when the jury indicated it was hung and did not believe any further deliberations would serve a useful purpose.

The 40-year-old former truck driver is charged with four counts of aggravated murder for allegedly shooting and killing his wife Shalinderjit Kaur, 39; his in-laws, Hakikat Singh Pannag, 59, and Parmjit Kaur, 62; and his aunt-in-law, Amarjit Kaur, 58, at a West Chester Twp. apartment on April 28, 2019. He faces the death penalty if found guilty.

Attorneys David Washington and Jeremy Evans, Singh’s new defense team, agreed to continue the three-judge panel draw from 2019 with the exception of replacing retired Judge Charles Pater with Judge Dan Haughey who was elected to the vacant judgeship.

This administrative function usually takes place early in the litigation process, because judges’ schedules fill up fast and the defense and defendant will know the makeup of the panel well in advance.

But Washington said Wednesday, a panel is moot in this case. Singh’s case will be tried by a jury, he said.

On Nov. 1, Singh’s retained attorneys from Rittgers and Rittgers law firm were permitted to withdraw from his case. Howard then appointed Washington and Evans, who have specialized training in capital cases, to represent him.

Butler County Prosecutor Michael Gmoser indicated he is filing an affidavit with the Ohio Supreme Court to have Howard taken off the case due to bias. That is being done in accordance with the high court’s guidelines.

At the Nov. 1 hearing Gmoser said Howard should have removed feuding jurors that resulted in a hung jury and requested he “get off the case.”

But Howard declined, telling Gmoser he does not feel he had or has bias.

“I’m not here to make people happy, I am here to follow the law,” Howard said. “I will not be recusing myself from this case.”

Howard declined to replace jurors with alternates knowing two jurors were at odds and not deliberating, the prosecutor said.

“You saw a hung jury coming and you made it happen,” Gmoser said.

Prosecutors said Singh murdered his family by shooting them all in the head after a longtime affair he was having and a strained relationship with his in-laws over money from land owned in India.

The defense said Singh is innocent and the killings were part of a professional hit due to Pannag’s financial woes and a dubious land contract deal in India with the “land mafia.” They say three masked men broke into the apartment with baseball bats and Singh ran for his life. When he returned, everyone was dead.