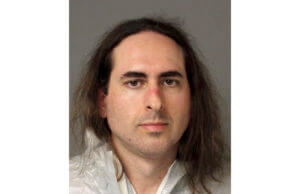 ANNAPOLIS, Md. (AP) — A psychiatrist retained by prosecutors can testify about his evaluation of whether a man who killed five people at a Maryland newspaper was legally sane at the time of the attack, a judge ruled Tuesday.

Attorneys argued that their client’s rights were violated when Saathoff looked into his jail cell to make observations and when he interviewed 35 personnel at the jail about him.

Ramos has pleaded guilty but not criminally responsible due to mental illness to the June 2018 killings at the Capital Gazette. The latter term is Maryland’s version of an insanity defense.

The second part of the trial to determine criminal responsibility is scheduled for December before a jury. If Ramos were found not criminally responsible, he would be committed to a maximum-security psychiatric hospital instead of prison.

Saathoff looked into the window while on a tour of the detention center where “numerous other people” had access, Ripken said in court. The doctor’s viewing of the cell did not constitute a search, as defense attorneys argued, she said.

“The doctor merely walked by as others did regularly and looked into a window as others did on a regular basis,” Ripken said. “There was no entry into his cell, and he did not search any items in the cell.”

Ripken also ruled that Saathoff’s interviews with jail personnel did not constitute interrogations that required Ramos’ lawyers to be present.

“I find that nothing that occurred was designed to elicit from the defendant incriminating evidence, and nothing that rose even close to the functional equivalent of such an attempt occurred,” Ripken said.

The judge also rejected arguments that Ramos’ due process rights were violated.

Matthew Connell, one of Ramos’ lawyers, argued that prosecutors “pulled strings” in a high-profile case to arrange the interviews with jail staff. Connell contended it was “fundamentally unfair” for jail staff with whom Ramos must interact regularly to provide observations that can be used against his client.

More than 20 people testified over three days of pretrial hearings, including jail personnel, the detention center’s warden and the sheriff of Anne Arundel County.

“There weren’t political strings pulled,” Russell said. “We didn’t go to the highest level of the government with some nefarious plan. It was just a matter of having an expert interview witnesses.”

Ripken said it was the defendant who put his mental health at issue by pleading not criminally responsible — and it was within the rights of prosecutors to hire an expert. She also said jail personnel were not instructed how to obtain information or what information to obtain. Also, the doctor asked them about items that were in the mental health and medical records that he already had received, Ripken said.

“I do not find that the defendant’s due process rights were violated as a result of the interviews that the state’s expert conducted in the course of his evaluation,” Ripken said.

Defense attorneys could still try to limit the scope of what Saathoff can testify about before jurors.

There are three different mental health experts in the case.

Dr. Sameer Patel, a psychiatrist with the state Health Department, has conducted a mental health evaluation of Ramos. The evaluation has not been made public, but Ripken said in court in October that Patel found Ramos to be legally sane.

Defense attorneys have retained their own mental health expert, and they are arguing Ramos should not be held criminally responsible because of mental illness.

Ramos pleaded guilty in October to all 23 counts against him for killing John McNamara, Gerald Fischman, Wendi Winters, Rob Hiaasen and Rebecca Smith. He was arrested hiding under a desk in the newsroom.

The 40-year-old had a well-documented history of harassing the newspaper’s journalists. He filed a lawsuit against the paper in 2012, alleging he was defamed in an article about his conviction in a criminal harassment case in 2011. The defamation suit was dismissed as groundless, and Ramos railed against staff at the newspaper in profanity-laced tweets.