SAN DIEGO (CNS) — The San Diego division of the FBI reported Tuesday that its agents located at least 17 potential human trafficking victims, one under the age of 18, during a nationwide initiative to find victims.

As part of Operation Cross County, FBI agents worked in conjunction with specialists, as well as state and local partners, to identify and locate victims and arrest people involved with sex trafficking in the first two weeks of August, according to the FBI. 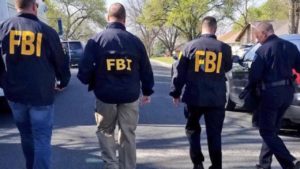 “We are proud to have worked alongside our law enforcement partners in our efforts against these horrific crimes,” said Stacey Moy, special agent in charge of the FBI San Diego Field Office. “The FBI will continue to investigate all human trafficking, as we do each and every day, to ensure the victims receive the resources and assistance they need, and their traffickers are held accountable.”

This story was originally published Aug. 16, 2022 by KGTV in San Diego, an E.W. Scripps Company.