OAKLAND, Calif. (AP) — A San Francisco area judge ruled Monday that a transient who fatally stabbed an 18-year-old woman at a commuter train platform was sane at the time he committed the July 2018 murder. 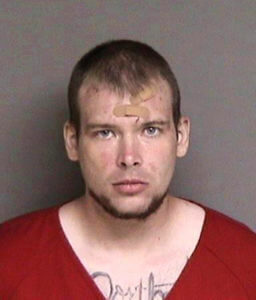 The Alameda County jury that found John Lee Cowell guilty last week in the murder of Nia Wilson and the attempted murder of her sister Letifah Wilson was on its third day of deliberating whether he was sane when the judge announced the verdict in a closed courtroom, the San Francisco Chronicle reported.

Cowell will face mandatory life in prison without parole, prosecutor Butch Ford said. If found insane, he would have been sent to a psychiatric hospital.

Monday’s decision comes a day after California Gov. Gavin Newsom ordered that people 65 and older stay at home during the coronavirus pandemic and on the same day that six Bay Area counties issued an order for just about everyone to stay indoors. Alameda County is among those jurisdictions.

Attorneys said that four of the 12 jurors, along with Judge Allan Hymer, are over the age of 65.

“We are disappointed that the judge took the case away from the jurors of Alameda County after they had already been deliberating for days,” said Cowell’s attorney, public defender Christina Moore, in a statement.

The jury quickly reached the March 10 verdicts against Cowell, 29, who attacked Wilson at the MacArthur BART station in Oakland as she was returning home from a family gathering with her two sisters. Jurors found Cowell guilty of attempted murder in the stabbing of Wilson’s sister, who survived severe injuries to her neck.

The violent attack stunned passengers and added to concerns about BART’s safety. The Bay Area Rapid Transit system connects San Francisco to cities in the south and east bays, including Oakland and Berkeley. Train officials sought to re-assure the public with measures intended to improve safety. 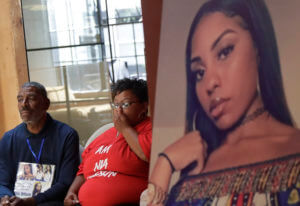 FILE – In this Aug. 17, 2018, file photo, a photo of victim Nia Wilson, right, is displayed at a news conference as her father Ansar El Muhammad, left, and her mother, Alicia Grayson, listen in San Francisco. (AP Photo/Jeff Chiu, File)

Family and friends said the women were targeted because of their race, but prosecutors declined to charge him with a hate crime. The Wilson sisters are African American, and Cowell is white.

Cowell had pleaded not guilty by reason of insanity. He testified he thought the sisters were aliens and part of a gang that kidnapped his grandmother.