DENVER (AP) — Defense attorneys for a man on trial in the killing of his 13-year-old son in southwest Colorado are trying to put in doubt prosecution testimony that the boy’s blood likely was found in his father’s home after the boy disappeared. 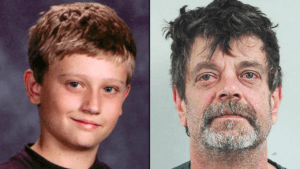 Dylan was reported missing Nov. 19, 2012 while on a court-ordered visit to his father’s home. Some of the boy’s remains were found in 2013 a few miles away, and his skull was found nearly three years later.

Redwine, 59, is charged with second-degree murder and child abuse resulting in the death of Dylan. His defense team has suggested the boy was killed by a wild animal.

Prosecutors claim Mark Redwine killed Dylan in anger the night before he was reported missing. They’ve presented testimony that investigators found traces of blood that likely belonged to Dylan in Redwine’s home.

Redwine was arrested after a grand jury indicted him in July 2017. He faces up to 48 years in prison if he is convicted.