DETROIT (AP) — A judge on Thursday dismissed a legal challenge by President Donald Trump’s campaign in a dispute over whether enough Republican observers were allowed to watch the handling of Michigan absentee ballots. 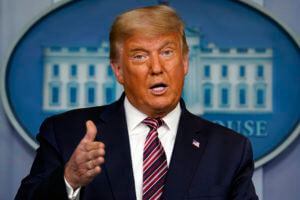 “As of this point, the essence of the count is completed,” said Stephens, who added that the lawsuit also appeared to target the wrong official over local election issues.

The lawsuit claimed Secretary of State Jocelyn Benson, a Democrat, was allowing absentee ballots to be processed without giving access to enough GOP challengers.

Benson denied the allegations. The lawsuit was filed while pro-Trump protesters had gathered at TCF Center in Detroit where ballots were being counted. There were Republican observers inside.

“The ship has really sailed,” she said. 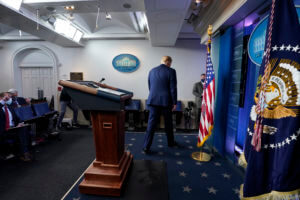 The judge replied: “Almost as if it were a drug deal, follow the chain of custody. OK. I understand.”

In an interview, Benson defended the work of election officials.

“If anyone outside the TCF arena thought that they were going to successfully interfere with or stop the count in Detroit, then they don’t know Detroit,” she said Thursday.