TERRE HAUTE, Ind. (AP) — The United States on Thursday carried out its second federal execution this week, killing by lethal injection a Kansas man whose lawyers contended he had dementia and was unfit to be executed.

Wesley Ira Purkey was put to death at the Federal Correctional Complex in Terre Haute, Indiana. Purkey was convicted of kidnapping and killing a 16-year-old girl, Jennifer Long, before dismembering, burning and dumping her body in a septic pond. He also was convicted in a state court in Kansas after using a claw hammer to kill an 80-year-old woman who had polio.

Purkey was strapped to a gurney inside the execution chamber. A prison official removed a mask from Purkey’s face and asked him if he wanted to make a final statement. 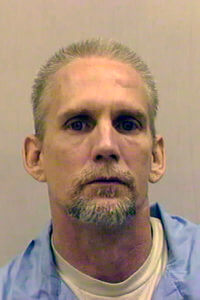 He leaned his head up slightly from the gurney and said: “I deeply regret the pain and suffering I caused to Jennifer’s family. I am deeply sorry.”

He also expressed remorse for his own adult daughter’s suffering his actions caused. “I deeply regret the pain I caused to my daughter, who I love so very much,” he said.

His last words were: “This sanitized murder really does not serve no purpose whatsoever. Thank you.”

As the lethal chemical was injected, Purkey took several deep breaths and blinked repeatedly, laying his head back down on the gurney. His time of death was 8:19 a.m. EDT.

His spiritual adviser was in the room, wearing a face mask and a surgical mask and appeared to be praying, his gloved hands held together at the palms.

The Supreme Court cleared the way for the execution to take place just hours before, ruling in a 5-4 decision. The four liberal justices dissented, like they did for the first case earlier this week.

Justice Sonia Sotomayor wrote that “proceeding with Purkey’s execution now, despite the grave questions and factual findings regarding his mental competency, casts a shroud of constitutional doubt over the most irrevocable of injuries.” She was joined by Ruth Bader Ginsburg, Stephen Breyer and Elena Kagan. 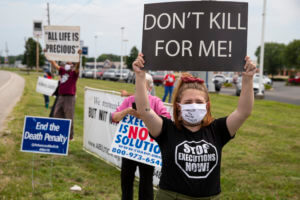 Protesters against the death penalty gather in Terre Haute, Ind., Wednesday, July 15, 2020. Wesley Ira Purkey, convicted of a gruesome 1998 kidnapping and killing, is scheduled to be executed Wednesday evening at the federal prison in Terre Haute. (AP Photo/Michael Conroy)

It was the federal government’s second execution after a 17-year hiatus. Another man, Daniel Lewis Lee, was put to death Tuesday after his eleventh hour legal bids failed.

Both executions were delayed into the day after they were scheduled as legal wrangling continued late into the night and into the next morning. 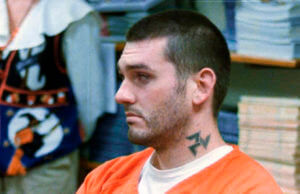 FILE – In this Oct. 31 1997, file photo, Daniel Lewis Lee waits for his arraignment hearing for murder in the Pope County Detention Center in Russellville, Ark. Relatives of the victims of Daniel Lewis Lee have pleaded for him to receive the same life sentence as the ringleader in the plot that led to the slayings. Now, family members say their grief is compounded by the push to execute Lee, of Yukon, Oklahoma, in the middle of the coronavirus pandemic.(Dan Pierce/The Courier via AP, File)

The Justice Department has been questioned for holding the executions in the middle of the worsening coronavirus pandemic, prompting lawsuits over fears those who would travel to the prison could become infected. The decision to resume executions after nearly two decades was criticized as a dangerous political move in an election year, forcing an issue that is not high on the list of American priorities considering the 11% unemployment rate and the pandemic.

Purkey’s lawyers had argued his condition had deteriorated so severely that he didn’t understand why he was being executed. They said he was repeatedly sexually assaulted as a child and had been diagnosed with schizophrenia, bipolar disorder and other mental health conditions.

The issue of Purkey’s mental health arose in the run-up to his 2003 trial and when, after the verdict, jurors had to decide whether he should be put to death in the killing of Jennifer in Kansas City, Missouri. Prosecutors said he raped and stabbed her, dismembered her with a chainsaw, burned her and dumped her ashes 200 miles (320 kilometers) away in a septic pond in Kansas. Purkey was separately convicted and sentenced to life in the beating death of 80-year-old Mary Ruth Bales, of Kansas City, Kansas. 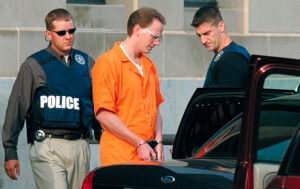 FILE – In this Aug. 18, 2004 file photo, Dustin Honken is led by federal marshals to a waiting car after the second day of jury selection in federal court in Sioux City, Iowa. (Tim Hynds/Sioux City Journal via AP, File)

Purkey had a long history of childhood trauma, was sexually abused by family members and a Catholic priest and was beaten by other family members, said Liz Vartkessian, a mitigation specialist who worked with Purkey’s legal team and visited him dozens of times in the last five years.

“His case is replete with instances where he has expressed a deep remorse,” she said in an interview earlier this month.

But recently, Purkey’s mental health had seriously deteriorated to the point he didn’t have the stamina for long visits with his legal team and often forgot key facts and dates, she said.

Correction officers had to help him write down a schedule to remember his visits with his lawyers, she said.

He also had a long history of paranoia and delusions and believed the Justice Department was moving forward with his execution because of many complaints and lawsuits he brought in prison, even though most had failed, Vartkessian said.

The Supreme Court also lifted a hold placed on other executions set for Friday and next month.

Dustin Honken, a drug kingpin from Iowa convicted of killing five people in a scheme to silence former dealers, was scheduled for execution Friday. 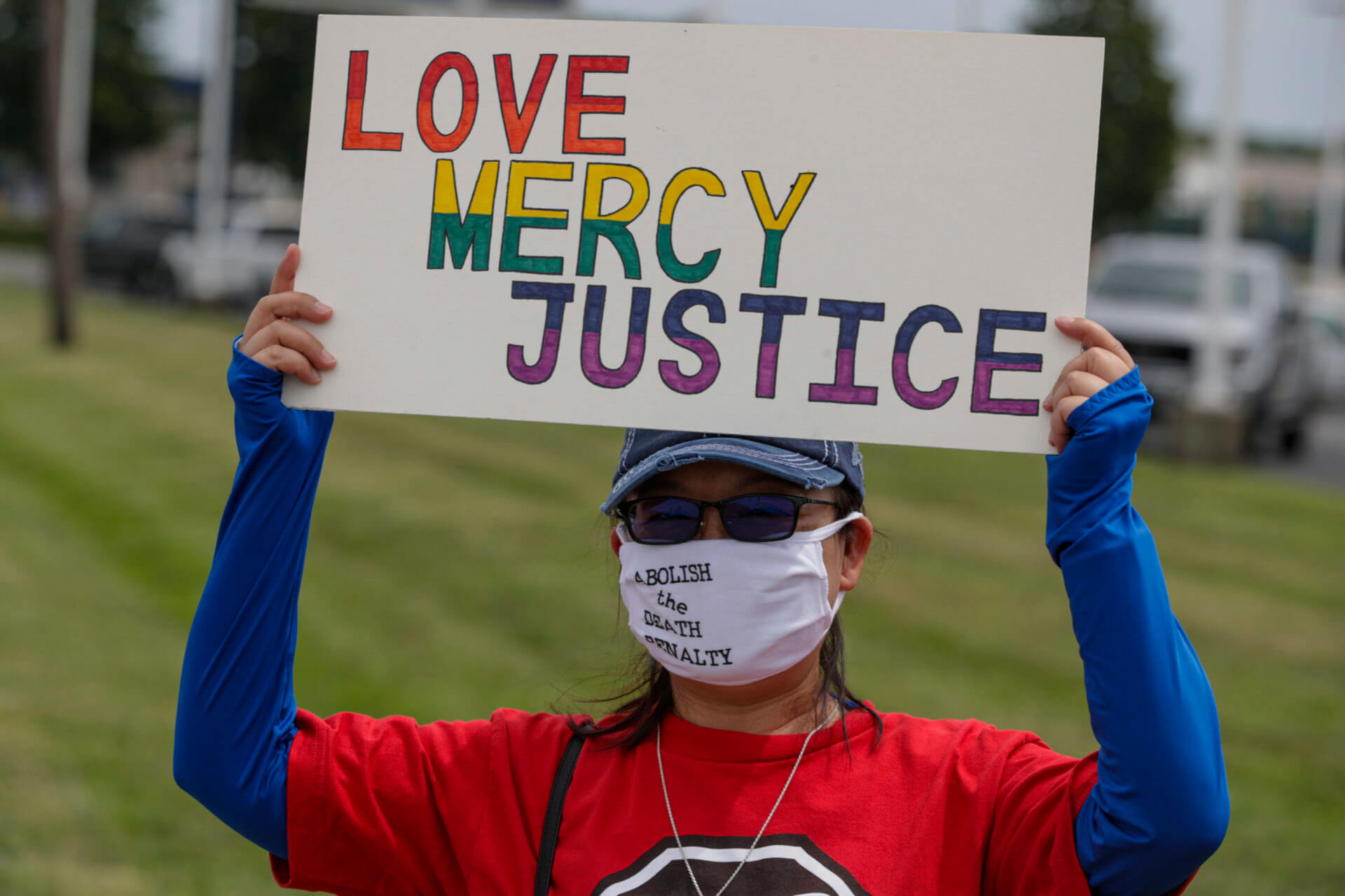