The online reviews site Yelp said Tuesday it is rolling out a new feature to protect users seeking abortions from being misled about anti-abortion pregnancy centers listed on its platform.

Such centers are typically religiously affiliated and deter clients from having an abortion. On Tuesday, Yelp said it will place a consumer notice on the listings informing users that the centers “typically provide limited medical services and may not have licensed medical professionals onsite.” 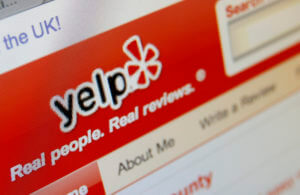 FILE – The Yelp website is shown on a computer screen in Los Angeles, March 17, 2010. The online reviews site Yelp said Tuesday, Aug. 23, 2022, that it is rolling out a new feature to protect users seeking abortions from being misled about anti-abortion centers listed on its platform. (AP Photo/Richard Vogel, File)

“It’s well-reported that crisis pregnancy centers do not offer abortion services, and it’s been shown that many provide misleading information in an attempt to steer people seeking abortion care to other options,” the company said in a post on its website detailing the change.

Yelp’s move might put more pressure on Google to do something similar with listings on its site. Last week, hundreds of Google employees released a petition calling on the company to fix misleading search results for abortion services by removing “fake abortion providers” and halt its business with “publishers of disinformation related to abortion services.”

In June, Democratic lawmakers in Congress also urged the company to curb the appearance of the anti-abortion pregnancy centers for certain search results. But Republicans pushed back last month, warning the tech giant not to do so in a letter sent by 17 conservative attorney generals to Google CEO Sundar Pichai.

Google did not immediately reply to a request for comment on Tuesday.

In the past several months, Yelp said it has also been picking up on efforts to better match users searching for abortion clinics with those services and make it less likely those users will see anti-abortion pregnancy centers in search results. The company said it has evaluated roughly 33,500 listings this year and recategorized nearly 470 pages for the centers.