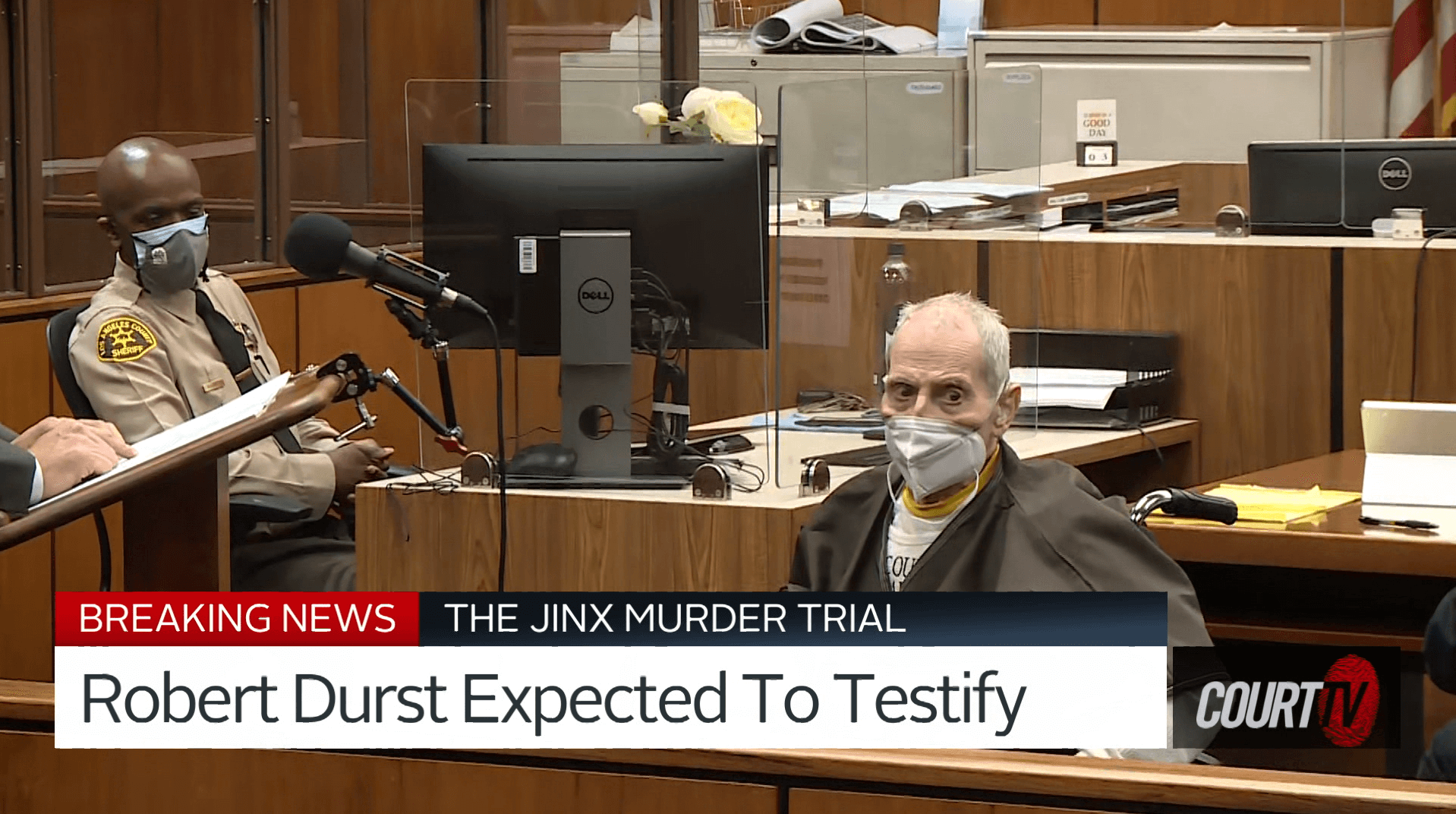 LOS ANGELES (August 4, 2021) – Court TV will provide live coverage of real estate heir Robert Durst testifying in his own defense when he takes the witness stand in his trial in which he is accused of murder.

Durst is accused of shooting and killing his longtime friend Susan Berman in her Beverly Hills home in 2000 to silence her from telling investigators what she knew about the 1982 disappearance of his wife, Kathleen, in New York.

When the trial resumes today, attorneys will continue questioning defense expert Dr. Elizabeth Loftus. Durst is expected to be the next witness, following Loftus. His testimony could last several days, as prosecutors plan a lengthy cross-examination.

Making this case more notable is that the defendant is the subject of the HBO documentary The Jinx: The Life and Deaths of Robert Durst. In the last scene of The Jinx, Durst went to a bathroom and not realizing his microphone was still on said, “There it is. You’re caught. What the hell did I do? Killed them all, of course.” After The Jinx aired, the investigation into Berman’s death gained momentum as the filmmakers unearthed a letter Durst had written to Berman. The envelope had nearly identical handwriting to a note sent anonymously to police directing them to Berman’s lifeless body.

Durst has plead not guilty to the murder charge.

This will be the second time Durst has stood trial for murder. He was acquitted of the murder and dismemberment of neighbor Morris Blake in Texas in 2003.

Court TV is devoted to live, gavel-to-gavel coverage, in-depth legal reporting and expert analysis of the nation’s most important and compelling trials. It is available to be seen on cable, over-the-air, and over-the-top. Court TV is also live-streamed on CourtTV.com, YouTube TV, Pluto TV, SiriusXM, as well as the Court TV app for Roku®, Apple TV, Amazon Fire TV, and Android and Apple devices. All feature robust and exclusive content from the massive Court TV library, including the nation’s most compelling, high-profile cases over the past 20 years available on demand. Court TV is part of The E.W. Scripps Company (NASDAQ: SSP).