D’IBERVILLE, Miss. (AP) — A 120-mph (193-kilometer) chase in Mississippi ended with the arrest of a man accused of murder and sexual assault in Louisiana and of bank robbery in Mississippi, authorities said.

David Rester Jr., 51, was being held on $150,000 bond on a charge of failure to stop for police, the Harrison County Sheriff’s Office said in a news release. Charges in Waveland, Mississippi, included armed robbery and three counts of kidnapping, according to the sheriff’s office online inmate search page. 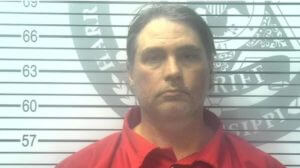 In Louisiana, Rester is accused of killing Bogalusa bar owner Marl Wayne Smith on March 3 and of robbing and physically and sexually battering a convenience store clerk Feb. 27 near Pearl River.

“We are charging Rester with first degree murder and will be seeking the death penalty upon conviction” in Smith’s death, Sheriff Randy Seal of Washington Parish, Louisiana, said in a news release.

Rester was arrested Friday after a chase that started with an 11 a.m. bank robbery in Waveland, Mississippi, about 40 miles (64 kilometers) southeast of Bogalusa. It reached 120 mph before ending in D’Iberville, about 30 miles further west, news outlets reported.

Seal said Rester’s driver’s license showed an address in the central Louisiana city of Vidalia, but he had been living in Bogalusa, about 110 miles (180 kilometers) east-southeast.