NEW YORK (AP) — Three people were charged Tuesday in an alleged conspiracy involving the handwritten lyrics to the classic rock juggernaut “Hotel California” and other hits by the Eagles.

Prosecutors said the defendants, despite knowing the material was stolen, lied to auction houses and buyers about the manuscripts’ origins. 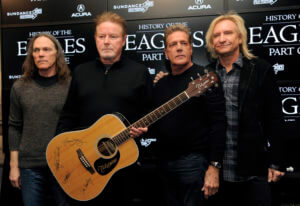 FILE – Members of The Eagles, from left, Timothy B. Schmit, Don Henley, Glenn Frey and Joe Walsh pose with an autographed guitar after a news conference at the Sundance Film Festival, in Park City, Utah, Jan. 19, 2013. Three people were charged Tuesday, July 12, 2022, in an alleged conspiracy involving the handwritten lyrics to the classic rock juggernaut “Hotel California.” (Photo by Chris Pizzello/Invision/AP, File)

An indictment filed in state court in Manhattan accuses Glenn Horowitz, Craig Inciardi and Edward Kosinski of plotting to possess Don Henley’s notes and lyrics for songs that also included “Life in the Fast Lane” and “New Kid In Town,” altogether valued at more than $1 million.

The men pleaded not guilty through their lawyers at the arraignment. They were released without bail.

“The DA’s office alleges criminality where none exists and unfairly tarnishes the reputations of well-respected professionals,” the attorneys said in a statement. “We will fight these unjustified charges vigorously. These men are innocent.”

In a statement, the Eagles thanked prosecutors for bringing a case that exposes “the truth about music memorabilia sales of highly personal, stolen items hidden behind a facade of legitimacy.”

It called the items “an integral part of the legacy Don Henley has created over the course of his 50-plus-year career” that need to be returned “for him and his family to enjoy and preserve for posterity.”

According to court documents, an author hired to write a biography of the band originally stole the manuscripts in the late 1970s. The papers detail email correspondence between the defendants and a person claiming he found the material discarded decades ago in a dressing room backstage at an Eagles concert.

“It was about 35 years ago and my memory is foggy!” the person wrote. 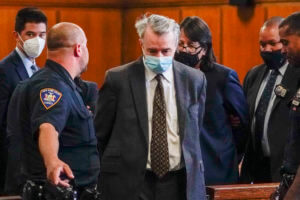 Prosecutors say that between 2012 and 2017 the defendants tried to get Henley to buy back the stolen manuscripts, while at the same time seeking to peddle them to other potential buyers through Christie’s and Sotheby’s auction houses.

At one point Horowitz tried to claim that the source of the property was another founding Eagles member, Glenn Frey, after Frey’s death in 2016, prosecutors said. In one email, he wrote that Frey “alas, is dead and identifying him as the source would make this go away once and for all,” they alleged.

The eponymous “Hotel California” album and its chart-topping title song both won Grammy Awards. The album has sold more than 26 million copies since its release in 1976, making it one of the bestselling albums in history. 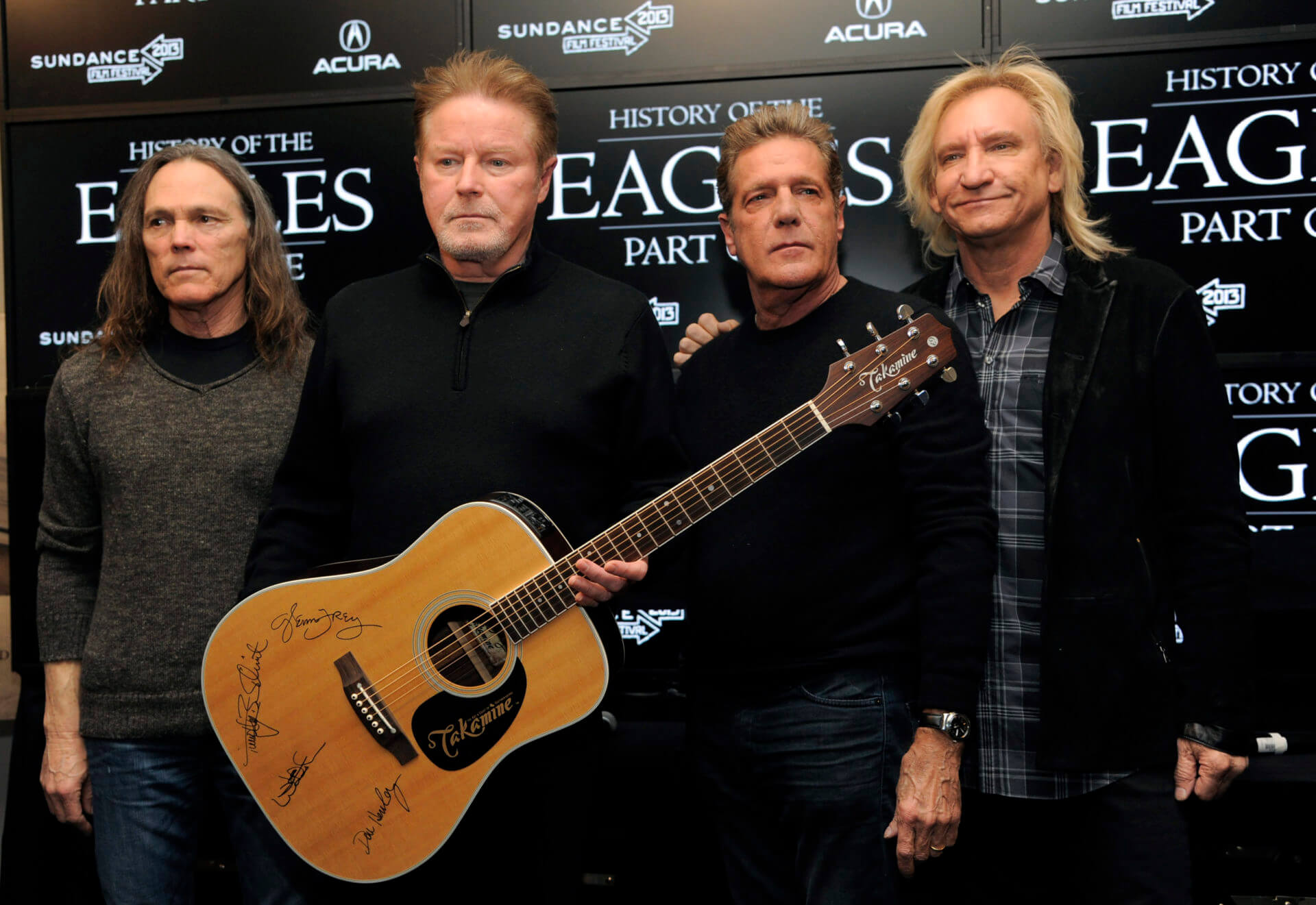