HAMPTON ROADS, Va. (WTKR) – Three Virginia men are accused of targeting Navy Sailors through Tinder by posing as women and eventually taking tens of thousands of dollars from them, according to court records.

35-year-old Mark Aspili of Hampton, 20-year-old Samari Smith of Williamsburg and 21-year-old Shawn Stacy of Norfolk are all accused of bank fraud and conspiracy to commit bank fraud. 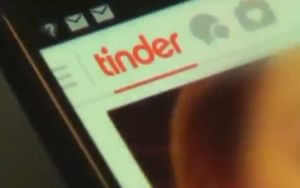 There were 11 victims in total, ranging in different military ranks, listed in court records, according to federal prosecutors.

Records state that the alleged phishing scheme, which took place from around February 2021 until October 2021, targeted account holders with Navy Federal Union accounts.

Federal prosecutors allege that the suspects would pose as bank employees and contact victims to obtain information necessary to access their accounts. Court documents say the suspects transferred the money to Sailors they met online, then convinced the Sailors to withdraw money from their own accounts to make it appear like they were being covered.

The suspects also allegedly targeted Sailors by posing as women interested in a romantic relationship. In some cases, the suspects would allegedly tell the victim’s that their sister who is in the military needed help in an effort to get them to transfer funds.

Court documents say the victims were held responsible for many of the losses because they withdrew the funds, even though they did so under false expectation that the defendants and their co-conspirators had transferred money to their accounts to cover the transactions.

News 3 reached out to the attorneys for all three suspects. Aspili’s attorney said no statements at this time.

All three men are out on bond.

According to data from the Federal Trade Commission, more consumers than ever report falling prey to romance scammers, with consumers losing $547 million in 2021 alone.

A newly-released data spotlight shows that in 2021, reported losses to romance scammers were up nearly 80 percent compared to 2020, and the total reported lost over the past five years has now reached $1.3 billion.

While many people report the romance scam started on a dating site or app, reports of romance scams originating from contact through social media were also common.

This story was originally published July 25, 2022, by WTKR in Norfolk, VA, an E.W. Scripps Company.