NEW YORK (AP) — After decades in prison, three men were cleared Friday in one of the most horrifying crimes of New York’s violent 1990s — the killing of a clerk who was set on fire in a subway toll booth.

A judge dismissed the murder convictions of Vincent Ellerbe, James Irons and Thomas Malik after prosecutors said the case was built on falsehood-filled confessions, shaky witness identifications and other flawed evidence. 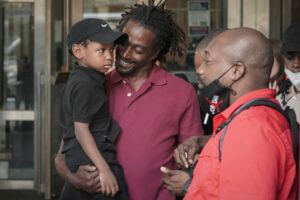 The three confessed to and were convicted of murdering token seller Harry Kaufman in 1995. The case resounded from New York to Washington to Hollywood, after parallels were drawn between the deadly arson and a scene in the movie “Money Train,” which had been released four days earlier.

Malik and Irons, both 45, left court free for the first time in over a quarter-century. Ellerbe, 44, was paroled in 2020.

“What happened to us can never be fixed,” Ellerbe told the court as he quietly described the ordeal of prison. “They break you, or they turn you into a monster.”

Irons, leaving court, said only that he felt “great.” Malik said the dismissal was “definitely too little, too late, but everything takes time.”

“I just was happy that I was able to stand strong to endure this journey,” Malik continued. “But it was a rough journey.” 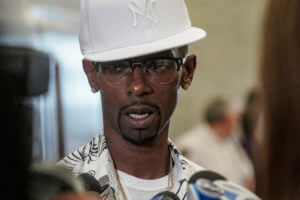 Vincent Ellerbe speaks with press following his exoneration hearing at Brooklyn Supreme Court, Friday July 15, 2022, in New York. After decades in prison Ellerbe, Thomas Malik and James Irons were cleared Friday in one of the most horrifying crimes of New York’s violent 1990s — the killing of a clerk who was set on fire in a subway toll booth. (AP Photo/Bebeto Matthews)

The men have long said they were coerced into falsely confessing in the case, which involved detectives who later were repeatedly accused of forcing confessions and framing suspects.

In fact, Irons was home with his mother, around the corner from the subway station, when he heard the explosion and called 911 — a call that was never played for jurors, said his lawyer, David Shanies.

While there were other potential suspects early in the investigation, it’s unclear whether police or prosecutors plan to — or can — pursue any further investigation decades later.

Kaufman was attacked Nov. 26, 1995, while working an overnight shift on overtime to put away extra money for his son’s future college tuition. The attackers first tried to rob him, then squirted gasoline through the tollbooth coin slot and ignited the fuel with matches, authorities said at the time. The booth exploded, and the 50-year-old Kaufman ran from it in flames. The married father died two weeks later.

The attack bore some resemblance to a scene in “Money Train,” a comparison that prompted then-Senate Majority Leader and Republican presidential hopeful Bob Dole to call for a boycott of the movie. Authorities gave mixed signals over the years about whether they believed the film had inspired the killing. 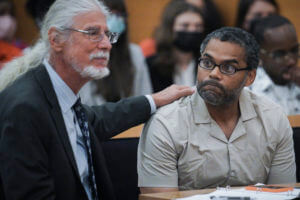 Police eventually came to question Irons, getting a confession that he acted as a lookout. He implicated Malik and Ellerbe as the ones who had torched the tollbooth.

The men maintained that they had been coerced into false confessions, with Malik saying Detective Louis Scarcella screamed at him and slammed his head into a locker. Scarcella testified that he cursed, pounded a table and was trying to scare the then-18-year-old Malik, but didn’t beat him.

Prosecutors said their review found that Scarcella and his partner fed crime scene details to Irons and Malik while shrugging off inconsistencies in their confessions.

For instance, Irons said he had been able to see his supposed accomplices jump into a getaway car, although it was parked a block away and around a corner. Ellerbe described four attackers and said he had sprayed gasoline on the tollbooth exterior, when in fact it was poured in the coin slot. Malik described the car differently from how a witness did.

The same witness’ identification of Malik was also problematic, partly because she had earlier pointed to someone else — a man an informant had named separately, prosecutors said.

“More than 25 years later, we do not have any confidence in the integrity of those convictions,” assistant District Attorney Lori Glachman told the court.

At the time, Scarcella was a star Brooklyn homicide detective in a city reeling from crime. Citywide, killings topped more than 2,200 at their 1990 peak; that compares to 488 last year and a low of 295 in 2018.

But after questions accumulated about Scarcella’s tactics, the Brooklyn district attorney’s office began in 2013 to review scores of cases that he had worked.

Scarcella, who retired in 2000, has denied any wrongdoing. While more than a dozen convictions in his cases have been overturned, prosecutors have stood by scores of others.

A message seeking comment was sent Friday to an attorney who has represented him.

Brooklyn prosecutors’ reexamination of old convictions is widely viewed as one of the most ambitious of its kind.

“This is no longer about one or two bad apples. This is about a systemic rot” at a time when panic about public safety made too many police, prosecutors and judges comfortable not asking enough questions, said lawyer Ronald Kuby, who represented Ellerbe and Malik.

“People, responsible people, who really did know better … all should have done something,” he said.

Ellerbe, now a chef, is the father of a 26-year-old daughter whom he didn’t get to see grow up. Malik, still stunned that the case was finally over, said he was heading to see his mother, who recently had surgery.

How to move forward? “One day at a time,” he said.

“Just keep it moving,” Ellerbe added. “You can’t look back.” 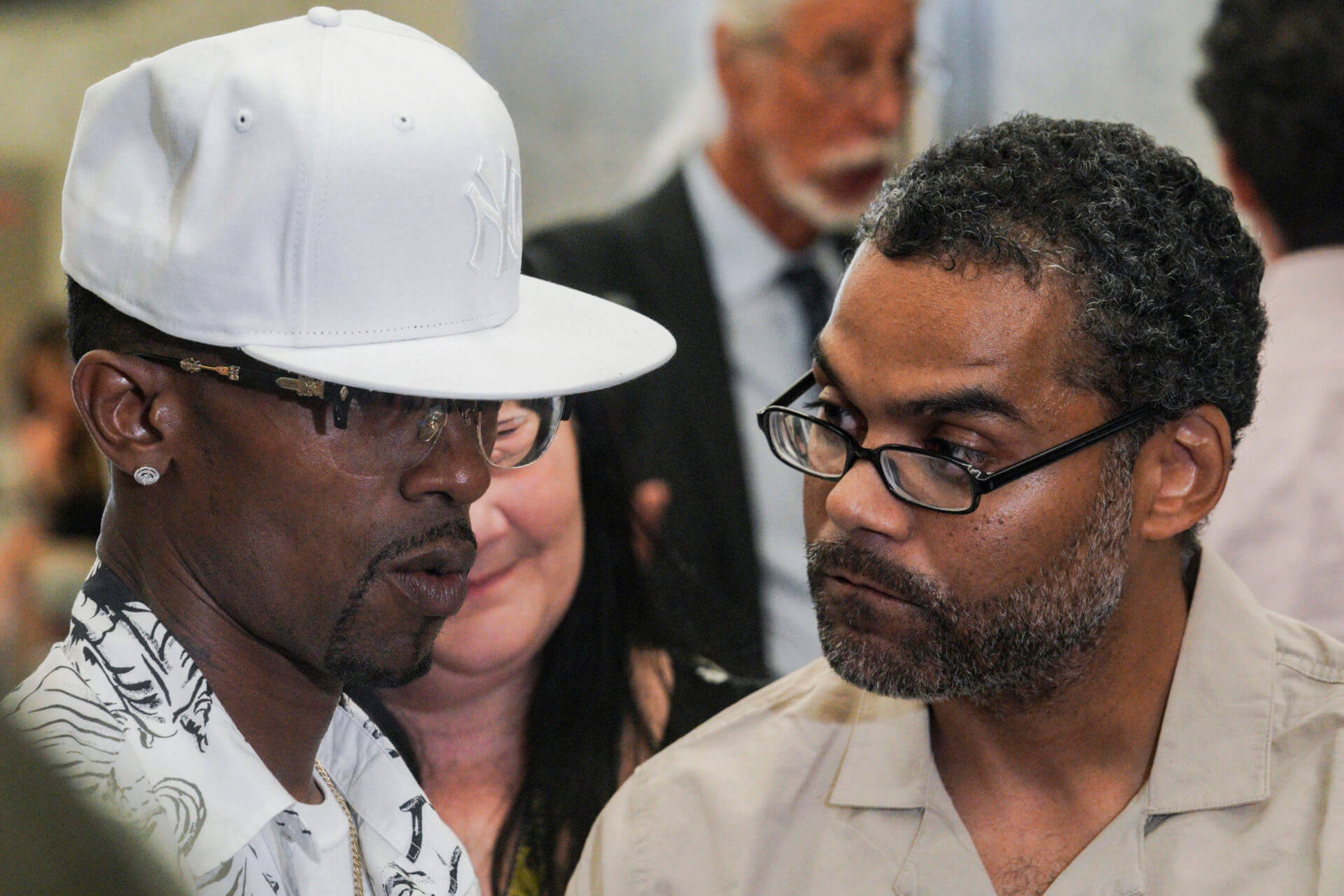