BIRMINGHAM, Ala. (AP) — Sarah Collins Rudolph lost an eye and still has pieces of glass inside her body from a Ku Klux Klan bombing that killed her sister and three other Black girls at an Alabama church 59 years ago, and she’s still waiting on the state to compensate her for those injuries.

Gov. Kay Ivey sidestepped the question of financial compensation two years ago in apologizing to Rudolph for her “untold pain and suffering,” saying legislative involvement was needed. But nothing has been done despite the efforts of attorneys representing Rudolph, leaving unresolved the question of payment even though victims of other attacks, including 9/11, were compensated. 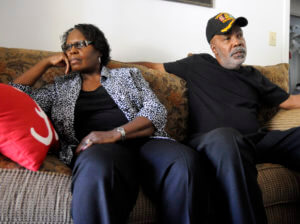 FILE – Sarah Collins Rudolph and her husband, George Rudolph, talk in their home on Nov. 16, 2016, in Birmingham, Ala. Rudolph lost an eye and still has slivers of glass inside her body from the racist bombing that killed her sister and three other Black girls inside a church 59 years ago Thursday. She’s still waiting on the state to compensate her for those injuries. (AP Photo/Jay Reeves, File)

Rudolph, known as the “Fifth Little Girl” for surviving the infamous attack on 16th Street Baptist Church, which was depicted in Spike Lee’s 1997 documentary “4 Little Girls,” has been rankled by the state’s inaction.

Speaking in an interview with The Associated Press, Rudolph said then-Gov. George C. Wallace helped lay the groundwork for the Klan attack with his segregationist rhetoric, and the state bears some responsibility for the bombing, which wasn’t prosecuted for years.

“If they hadn’t stirred up all that racist hate that was going on at the time I don’t believe that church would have been bombed,” said Rudolph.

Rudolph attended a White House summit about combatting hate-fueled violence on Thursday, the anniversary of the bombing, and was recognized by President Joe Biden.

“I visited the church on this day in 2019, and I’ll visit with you and always remember what happened,” Biden told Rudolph.

In Birmingham, hundreds gathered at the church for a commemorative service and wreath-laying at the spot where the bomb went off.

Rudolph said she still incurs medical expenses from the explosion, including a $90 bill she gets every few months for work on the prosthetic she wears in place of the right eye that was destroyed by shrapnel on Sept. 15, 1963. Anything would help, but Rudolph believes she’s due millions. 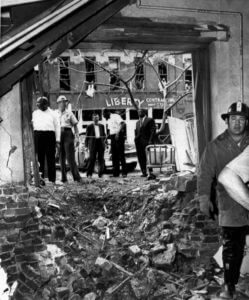 FILE – Debris is strewn from a bomb that exploded near a basement room of the Sixteenth Street Baptist Church in Birmingham, Ala. on September 15, 1963, killing four black girls. Sarah Collins Rudolph lost an eye and has pieces of glass inside her body from a Ku Klux Klan bombing that killed her sister and three other Black girls inside an Alabama church 59 years ago. (AP Photo, FILE)

Ishan Bhabha, an attorney representing Rudolph, said the state’s apology — made at Rudolph’s request along with a plea for restitution — was only meant as a first step.

“She deserves justice in the form of compensation for the grievous injuries, and costs, she has had to bear for almost 60 years,” he said. “We will continue to pursue any available avenues to get Sarah the assistance she needs and deserves.”

Five girls were gathered in a downstairs bathroom at 16th Street Baptist Church when a bomb planted by KKK members went off outside, blowing a huge hole in the thick, brick wall. The blast killed Denise McNair, 11, and three 14-year-olds: Carole Robertson, Cynthia Morris, also referred to as Cynthia Wesley, and Addie Mae Collins, who was Rudolph’s sister.

Three Klan members convicted of murder in the bombing years later died in prison, and a fourth suspect died without ever being charged. The bombing occurred eight months after Wallace proclaimed “segregation forever” in his inaugural speech and during the time when Birmingham schools were being racially integrated for the first time.

The church itself has gotten government money for renovations, as has the surrounding Birmingham Civil Rights National Monument, formed by President Barack Obama in 2017 in one of his last acts in office. “But not me,” Rudolph said.

Ivey, at the time of the apology, said in a letter to Rudolph’s lawyer that any possible compensation would require legislative approval, said press secretary Gina Maiola.

“Additionally, in attorney-to-attorney conversations that ensued soon after, that same point was reiterated,” she said.

No bill has been introduced to compensate Rudolph, legislative records show, and it’s unclear whether such legislation could win passage anyway since conservative Republicans hold an overwhelming majority and have made an issue of reeling in history lessons that could make white people feel bad about the past.

While the Alabama Crime Victims’ Compensation Commission helps victims and families with expenses linked to a crime, state law doesn’t allow it to address offenses that occurred before the agency was created in 1984.

Rudolph has spent a lifetime dealing with physical and mental pain from the bombing. Despite her injuries and lingering stress disorders, Rudolph provided testimony that helped lead to the convictions of the men accused of planting the bomb, and she’s written a book about her life, titled “The 5th Little Girl.”

Rudolph’s husband, George Rudolph, said he’s frustrated and mad over the way his wife has been treated. Victims of the Sept. 11, 2001, terror attacks were compensated, he said, as were victims of the Boston Marathon bombing in 2013.

“Why can’t they do something for Sarah?” he said. 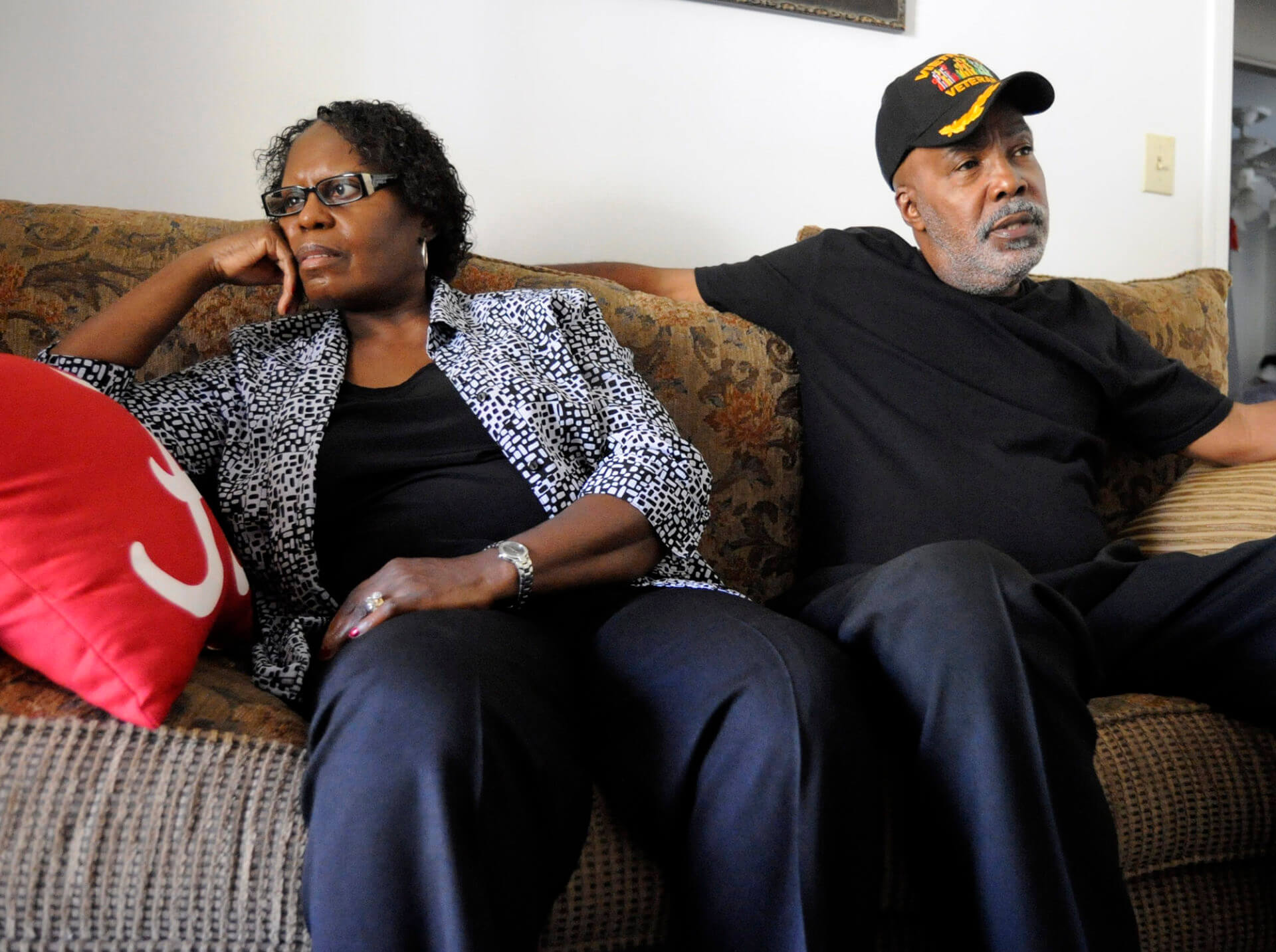 FILE - Sarah Collins Rudolph and her husband, George Rudolph, talk in their home on Nov. 16, 2016, in Birmingham, Ala. Rudolph lost an eye and still has slivers of glass inside her body from the racist bombing that killed her sister and three other Black girls inside a church 59 years ago Thursday. She's still waiting on the state to compensate her for those injuries. (AP Photo/Jay Reeves, File)
MORE NEWS