FLAGSTAFF, Ariz. (AP) — No one saw Sasha Krause being taken from a Mennonite community in northwestern New Mexico where she worked in the publishing ministry, dominated in card games and ping pong, and where her poetry became song.

No one saw the woman with a quiet and passive demeanor killed hours away in northern Arizona, a gunshot wound to the back of the head, her wrists bound by duct tape and left in the bitter cold among the pine needles. 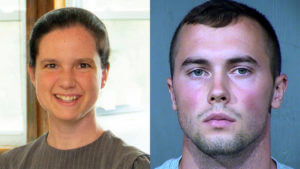 Prosecutor Ammon Barker argued Friday that cellphone data, receipts, financial records, repeated lies and a cover-up scheme point to Mark Gooch, a U.S. Air Force airman stationed in metropolitan Phoenix. Barker said Gooch was driven by a resentment for the faith he grew up around in Wisconsin.

“If you look at the evidence through reason, common sense and experience, you will know beyond a reasonable doubt that this defendant is guilty,” Barker told jurors in closing arguments.

Gooch’s attorney, Bruce Griffen, argued there is reason to doubt that Gooch killed Krause. He pointed to a lack of forensic evidence, another car seen in the Mennonite community and differing opinions from ballistics experts about whether the bullet taken from Krause’s skull was fired from a .22-caliber rifle that Gooch owned.

“Wrong gun, wrong bullet, wrong car,” Griffen said. “How does it add up? Wrong guy. You’ve got to deal the objective evidence we have that creates reasonable doubt. You can’t ignore reasonable doubt.”

Gooch faces life in prison if he’s convicted of first-degree murder and kidnapping in Krause’s death. Her disappearance on Jan. 18, 2020 set off a frantic search. A camper eventually found her while gathering firewood near Sunset Crater Volcano National Monument in the same clothing that Krause had on when she went missing — a gray dress, white coat and hiking shoes.

There’s no indication that Krause and Gooch knew each other or that Krause put up a fight. Their families are part of a conservative group of Mennonites that dress modestly, reject most forms of technology, and practice nonviolence and nonresistance. Gooch never officially joined the church.

Both of their parents have been in the courtroom for the trial. Krause’s mother grimaced and turned away as Barker displayed photos of her daughter for the jury during closing arguments. Gooch’s parents have had emotional exchanges with their son’s attorney.

The 27-year-old Krause was teaching in Texas where her family still lives before she moved to the Farmington Mennonite community where “Lamp + Light” are spelled out in painted white rocks on the side of a mesa. Krause worked in the publishing ministry bearing that name. One of her sisters previously lived in Farmington.

Krause was gathering items for Sunday school when she went missing.

Gooch, 22, told a sheriff’s detective that he was in Farmington that day to check the times for church service because he missed the fellowship of Mennonites. His estimates on how long he spent on the trip weren’t consistent with the cellphone data, financial records and surveillance video, Barker said.

Gooch didn’t simply swing by the church as he said, Barker argued. He spent more than three hours near the church and detoured off the interstate for two hours in the area where Krause’s body was found.

Gooch later deleted the location history from his phone, bought bleach, had his car detailed asked a buddy to store his rifle, Barker said.

Gooch’s phone was the only device that communicated with the same towers as Krause’s phone before her signal dropped off west of Farmington, prosecutors said. Barker displayed text messages exchanges between Gooch and his brothers that he said show Gooch had a general disdain for Mennonites.

“By all accounts of what we’ve heard in trial was Sasha Krause was a light, a light to her family, her community, the world.” Barker said. “And this defendant snuffed it out.”

Griffen told jurors that Gooch voluntarily cooperated with a detective and is nonviolent. He argued that cellphone data is scientifically weak and cannot point to specific activities. He said two text messages exchanges that mentioned Mennonites since 2016 don’t mean Gooch is guilty.

And he posed a question to jurors about whether someone who was trying to pull off a covert mission would have used a cellphone or credit cards that leave tracks. 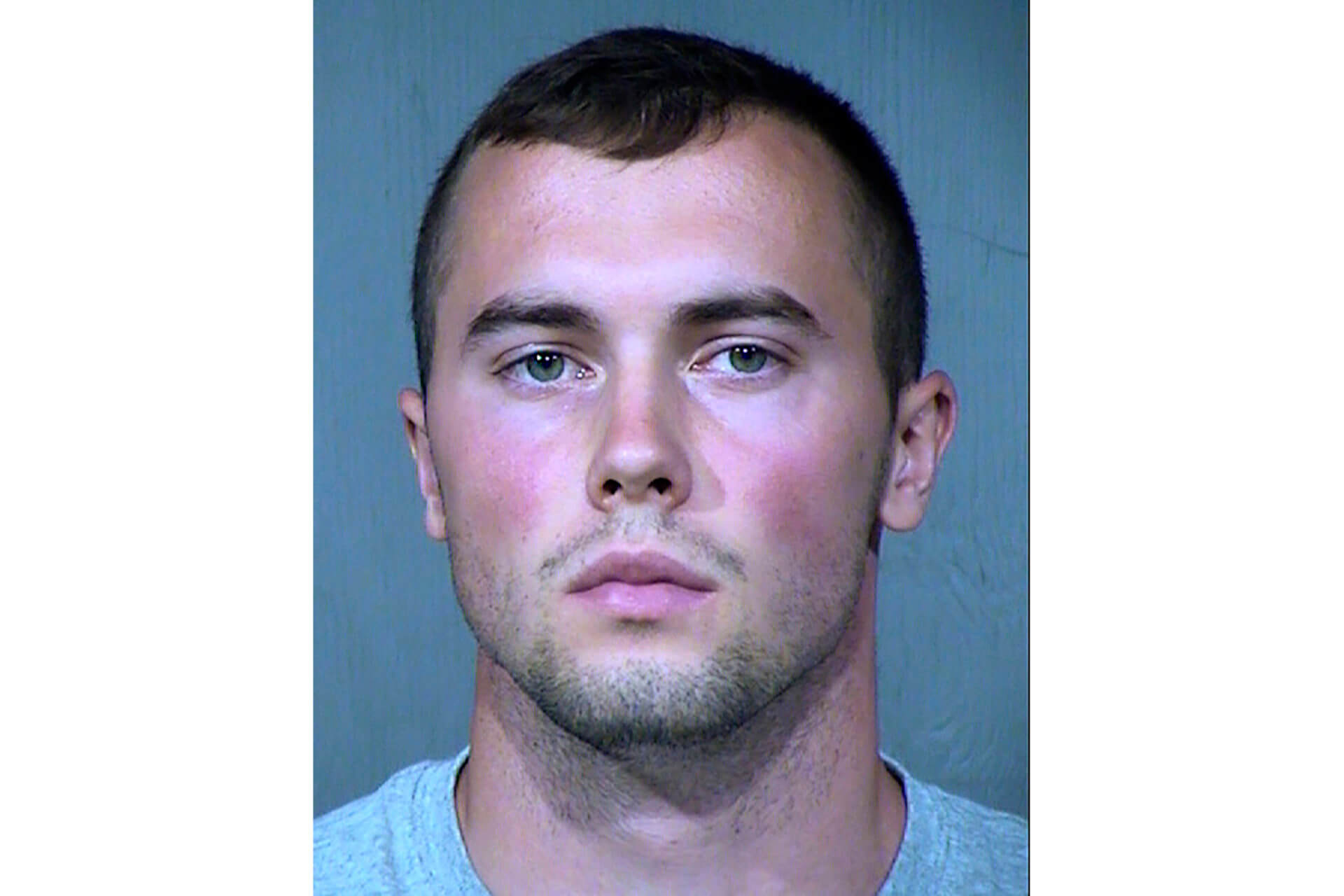 This booking provided by the Maricopa County, Ariz., Sheriff's Office shows Mark Gooch, an Air Force airman, who was arrested Tuesday, April 21, 2020, in the death of Sasha Krause, a Mennonite woman whose body was found off a forest road in northern Arizona two months ago, authorities said. (Maricopa County Sheriff's Office via AP, File)
MORE NEWS