QUEEN CREEK, AZ (KNXV) — The Pinal County Attorney’s Office says it is bringing charges against a 9-year-old who brought a firearm to a Queen Creek, Arizona school in August.

The attorney’s office said Monday that they would be charging the child with charges of minor in possession of a firearm and interference with or disruption of an educational institution. Both are felonies. 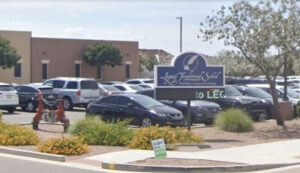 “The Pinal County Attorney’s Office has concluded there is no reasonable likelihood of conviction against the juvenile’s parents for any crime,” the office also said.

“Given the inherent danger involved with a gun being on a school campus, PCAO must take this seriously,” said County Attorney Kent Volkmer in a press release.

Videos in the player above shows previous coverage of the August incident.

Police records obtained by ABC15 said on August 25, the student took a loaded gun to Legacy Traditional Academy and new records show there were 16 rounds of ammunition in the magazine.

According to police documents, the child put the weapon in his backpack for protection after encountering kids who were “bigger and older than him on his way to school.”

He reportedly said he had brought the gun to school one day, left it in his backpack overnight, and got caught with it at school the second day.

The mother told police they had a gun in the house but she claimed it is kept away from the child in the top drawer of a dresser.

This story was originally published Nov. 7, 2022 by KNXV in Phoenix, an E.W. Scripps Company.