Avenatti, who is acting as his own lawyer, got to cross-examine Daniels for a second day about allegations that he stole $300,000 the performer was supposed to get from a publisher for writing a tell-all book about an alleged sexual tryst with former President Donald Trump. 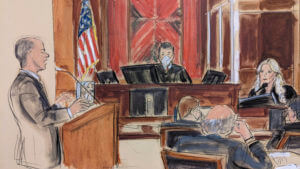 He asked Daniels about stories she has told on her “Spooky Babes” show website about living in a New Orleans house in 2019 that she said was haunted. Daniels said she experienced unexplainable and frightening encounters, including physical attacks from invisible assailants, a haunted doll named “Susan” who calls her “mommy” and the ability to communicate with dead people.

“Sometimes I record them,” she said of the conversations with the dead.

She was asked whether she once said: “I should keep my mouth shut because me going around saying I see dead people and I hear voices can have a pretty terrible effect on these open court cases.”

“Yes, I said that,” Daniels responded.

Avenatti asked if encounters in the home that she has since moved out of included “shadow figures and unexplainable sounds and voices that prowled your home.”
“Yes,” she said.

Avenatti asked if it made her life impossible. 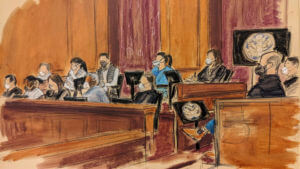 And he asked if her partner at the time questioned her sanity.

“Yes, this is all documented,” she said.

Avenatti asked Daniels about a story she once told in which she said that she had seen an image of a woman in her home sometime between April 2019 and November 2019 who was sobbing over a dead child and cutting her wrists, and that she then looked down and saw her own arm covered in blood.

He asked her if that really happened.

“And you don’t remember opening the drawer, taking the knife out, or cutting yourself?” Avenatti asked.

“And at the time you began to think that you were crazy?” he asked.

He also elicited from Daniels that she was diagnosed at one point with a tumor in her head. She said the diagnosis was made by “Lisa,” who engages in holistic medicine as an energy worker and yoga instructor. The tumor, she added — which turned out to be a blockage that gave her memory loss and headaches — has since gone away. 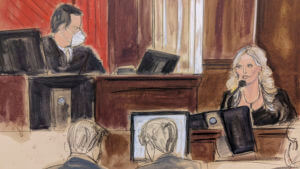 She admitted saying publicly as recently as last April that she had had a tumor.

“That’s what they thought. Luckily I was wrong,” she added.

When Avenatti asked her whether she advertised her oracle card-reading abilities on the internet so people would visit her from “all over the country” to have their cards read and to sometimes help them communicate with dead relatives, she corrected him, saying: “All over the world, yes.”

Throughout two days on the witness stand for Daniels that ended Friday afternoon, jurors heard plenty of profanity as written communications were read aloud.

Daniels had sounded giddy at times on Thursday when asked by a prosecutor about profanity-laced texts to Avenatti badgering him about the book deal payments that never came. At one point, she grinned as she described how she is known as a “potty mouth.”

On cross-examination Friday, she tended toward curt and dour, often smirking before answering Avenatti’s questions. Jurors appeared less engaged in her second day on the stand, some slouching in their chairs as the examination dragged on.

Prosecutors were expected to finish presenting their case Monday.

Avenatti has not yet announced whether he will testify himself. Judge Jesse M. Furman suggested that someone else on his defense team ask him questions he has written for himself if he testifies. Furman told jurors they may begin deliberations next week. 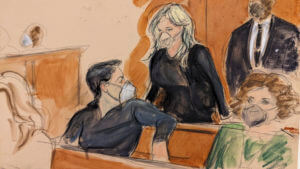 Avenatti is defending himself against wire fraud and aggravated identify theft charges.

He has already been sentenced to 2 ½ years in prison in an unrelated case, in which he was convicted of trying to extort up to $25 million from sportswear giant Nike by threatening to damage its reputation if it didn’t meet his demands.

Avenatti also questioned Daniels on the stand Friday over public statements she has made in which she said she hoped he would be raped in prison.

“Yes,” she acknowledged, she had said those things. 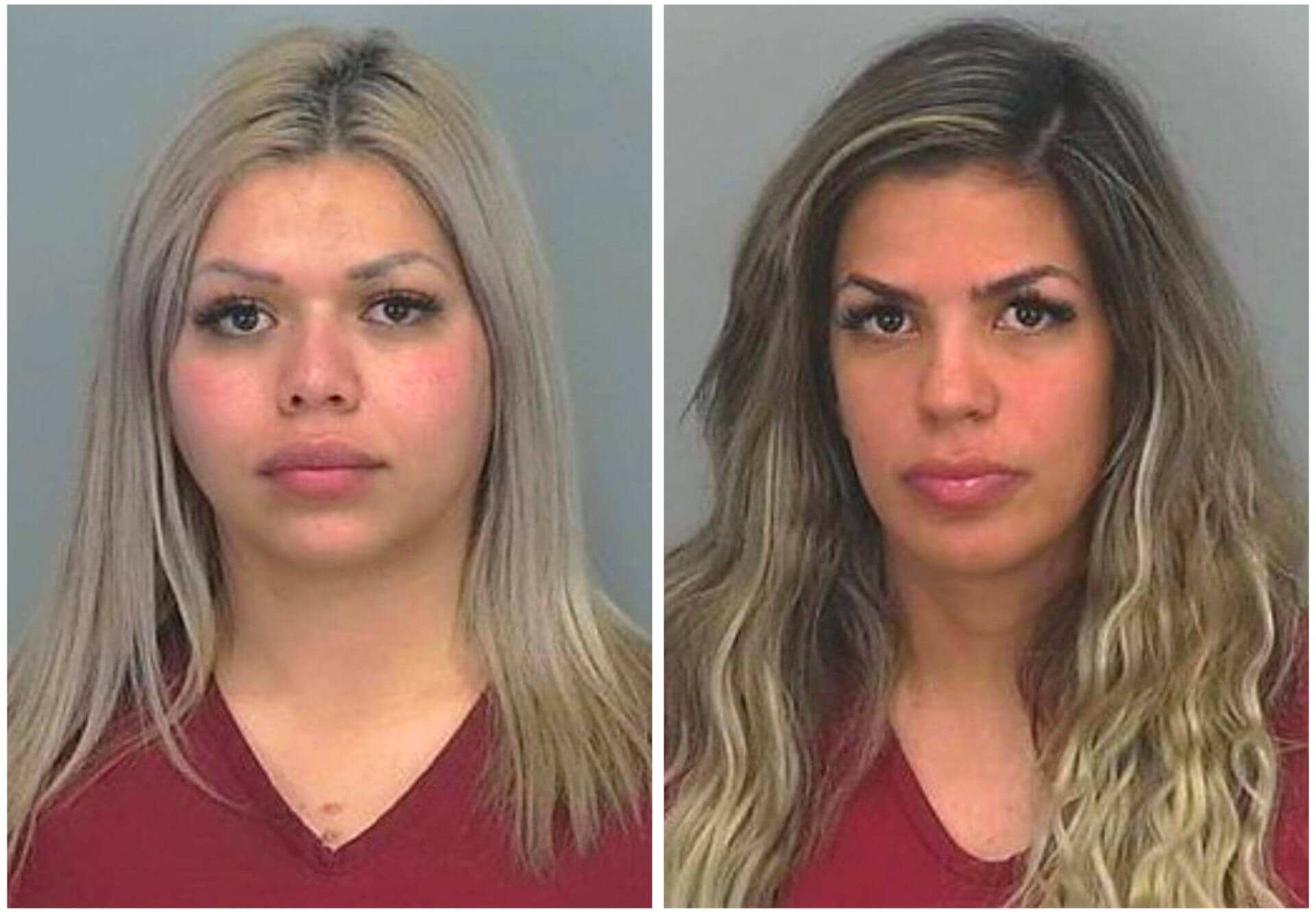