DUBLIN, Calif. (AP) — The husband and wife allegedly killed by a sheriff’s deputy in Northern California were a retired civil engineer and a nurse, their relatives and former co-workers said Thursday.

Benison Tran, 57, and his wife, Maria Tran, 42, were fatally shot inside their Dublin home Wednesday. Four other relatives who were in the home, including their child, were unharmed, Lt. Ray Kelly, a spokesperson with the Alameda County Sheriff’s Office, said. 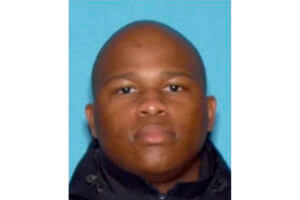 A relative of the Trans who witnessed the slayings called police and identified Devin Williams Jr., a deputy with the Alameda County Sheriff’s Office, as the gunman, Kelly said.

Williams, 24, turned himself in to law enforcement hours after he was accused in the fatal slayings. Williams was scheduled to be arraigned in the killings on Friday.

His mother, Anitra Williams, told KTVU-TV that her son had been in a romantic relationship with Maria Tran and he believed she was unmarried.

Anitra Williams said she had warned her son against being with Tran, whom he had met at John George Psychiatric Hospital in San Leandro, where Tran worked as a nurse. She said the couple had been together since January and her son was “blinded by love.”

“She told him she loved him, they were on a 10-day trip,” Anitra Williams said.

Maria Tran worked as a nurse and helped financially support her extended family after they immigrated from Vietnam in 2004, Diem Thuy Le, Maria Tran’s cousin, told the San Francisco Chronicle.

Le described her cousin as a generous, hardworking person.

“She was always there for me,” Le, choking back sobs, told the newspaper. “How can I accept this?”

She said she didn’t know Williams.

“We are shocked and deeply saddened to hear about the loss of our long-time friend and former colleague, Benison Tran, and his wife yesterday,” Templeton said in a statement.

Williams knew the couple, and investigators are still trying to determine the motive, Kelly said.

He made it 160 miles (258 kilometers) south of the crime scene to the city of Coalinga where he called police in Dublin to say he wanted to surrender, Kelly said.

Williams had been with the sheriff’s office since September 2021 and was still on probation. He had been assigned to the Oakland courthouse, and there were no concerns about his job performance, Kelly said.