BALTIMORE (WMAR) — A Baltimore Police Detective was convicted of multiple federal crimes for providing a BB gun that he knew would be planted on a suspect. 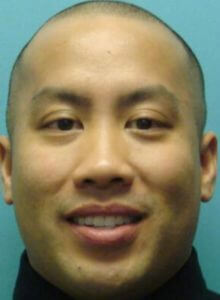 “Today’s conviction further demonstrates this office’s continuing commitment to protect the civil rights of all Marylanders, including from egregious instances of police misconduct,” United States Attorney Erek L. Barron said. “I commend the outstanding work of Assistant United States Attorneys Leo J. Wise and Christopher M. Rigali, in obtaining this guilty verdict and recognize the FBI Special Agents and Task Force Officers who conducted this investigation. Criminals who work in police agencies violate the faith of the community and they unfairly tarnish the reputations of the many honorable officers who work to protect us every day.”

“As evidenced by the jury’s guilty verdict, the actions of Mr. Hankard were not only harmful to the individuals he swore under oath to protect, but they also undermined public trust and confidence in law enforcement,” said FBI Special Agent in Charge Thomas J. Sobocinski. “The FBI will not tolerate those who abuse their positions of authority and is committed to rooting out public corruption and civil rights violations at all levels. We appreciate all our law enforcement partners who have assisted on this case.”

According to the trial evidence, Hankard has been a member of the Baltimore Police Department since 2007 and was promoted to detective on March 20, 2014. In 2014 and 2015, Hankard served on a Special Enforcement Section (SES) unit assigned to the BPD’s Western District.

On the evening of March 26, 2014, Hankard, who was not on duty that day, received a call from his partner, who advised him that Sergeant W.J. had been “hemmed up” in something and asked Hankard if he had any “toys” or “replicas.”

Documents showed that Hankard understood that his partner was asking for a BB gun or air soft gun so that it could be planted on a suspect. Hankard said that he did have a BB gun.

According to documents, Hankard’s partner came to Hankard’s house and Hankard provided him with the BB gun, which was subsequently planted at the scene of the arrest of D.S., whom Sergeant W.J. had run over after chasing D.S.

No guns or drugs were recovered from D.S. at the time of his arrest, but drugs were recovered from D.S. at the hospital, where he had been taken in the custody of the Baltimore Police officers. D.S. was charged with possession, use, and discharge of a gas or pellet gun, for the BB gun that was planted at the scene of D.S.’s arrest, and a number of drug offenses. D.S. was detained on those charges until at least April 2, 2014, and the charges were dismissed on January 16, 2015.

Hankard used one of the keys that had been taken from I.R. to open the door to Apartment A and Hankard and other officers entered the apartment, which was not occupied at that time. Once inside, Hankard searched a bag that he found inside a closet, which contained gel caps of heroin, two digital scales, and other drug paraphernalia.

Hankard had not obtained a search warrant prior to entering the apartment or searching the bag.

Hankard then left the apartment and returned to BPD to prepare a search warrant for Apartment A. Several officers remained inside Apartment A and one of those officers called I.C. and asked her to return, which she voluntarily did. I.C. then waited inside the apartment with the officers.

After obtaining the warrant, Hankard returned to the apartment where the other officers were waiting with I.C.

Witnesses testified that on September 24, 2015, Hankard arrested D.B., a target in a drug investigation, as he sat in his pick-up truck in a motel parking lot.

According to trial testimony, after removing D.B. from the vehicle, Hankard and his partner searched the vehicle, but no drugs were found.

The officers had not obtained a search warrant before entering the room. After learning that no drugs had been found in the truck, another officer, with Hankard’s permission, planted some of the cocaine found in the motel room in D.B.’s truck, in order to justify the arrest of D.B. and B.J. and the entry into the motel room.

According to the evidence, Hankard subsequently wrote a search warrant for the motel room, which contained several false statements, including that his partner had “observed in plain view, a clear tied bag, that contained small zip lock bags (with red dice logo) of suspected cocaine (after opening the clear bag, it revealed 10 ziplock bags total)” in D.B.’s truck; that D.B. was seen throwing the package of suspected cocaine to the floor of the vehicle; that after making sure the motel room card key worked, detectives had secured the room pending a search warrant; and that Hankard “believes there is addition suspected controlled dangerous substances (CDS)” in the motel room.

As detailed in trial testimony, after the search warrant was obtained and executed at the motel room, Hankard prepared a false incident report, which was approved by his partner as the “officer-in-charge” at the time of the arrests, even though the SES unit’s Sergeant was on the scene at the time.

Further, the evidence showed that on February 13, 2019, Hankard falsely testified before a federal grand jury by stating that he had not provided the BB gun to his partner on March 26, 2014.

This story was originally published April 11, 2022 by WMAR in Baltimore, an E.W. Scripps Company.