UVALDE, Texas (AP) — A news conference about the shooting at a Texas elementary school broke into shouting Wednesday as Democratic gubernatorial candidate Beto O’Rourke blamed Republican Gov. Greg Abbott for inaction ahead of the latest in a long string of mass shootings in the state. 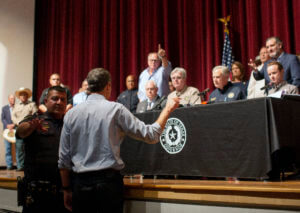 Democrat Beto O’Rourke, who is running against Greg Abbott for governor in 2022, interrupts a news conference headed by Texas Gov. Greg Abbott in Uvalde, Texas Wednesday, May 25, 2022. (AP Photo/Dario Lopez-Mills)

As the Republican governor was finishing his remarks, O’Rourke approached the stage, pointed to the governor and said, “This is on you.”

“You are doing nothing. You are offering us nothing,” O’Rourke told Abbott, as a police officer held out his arm, as if to stop the candidate from storming the stage. Some on the stage yelled back at O’Rourke, with Uvalde Mayor Don McLaughlin, a Republican, calling him a “sick son of a bitch.”

As officers escorted O’Rourke out of the auditorium, some in the gathered crowd jeered him while one woman chanted, “Let him speak.” Some people cried.

“This is on you until you choose to do something different,” O’Rourke said. “This will continue to happen. Somebody needs to stand up for the children of this state or they will continue to be killed just like they were killed in Uvalde yesterday.”

As Lt. Gov. Dan Patrick spoke about the need for mental health care inside, O’Rourke called for gun control from the parking lot. “If we do nothing we will continue to see this,” he said, “year after year, school after school, kid after kid.” 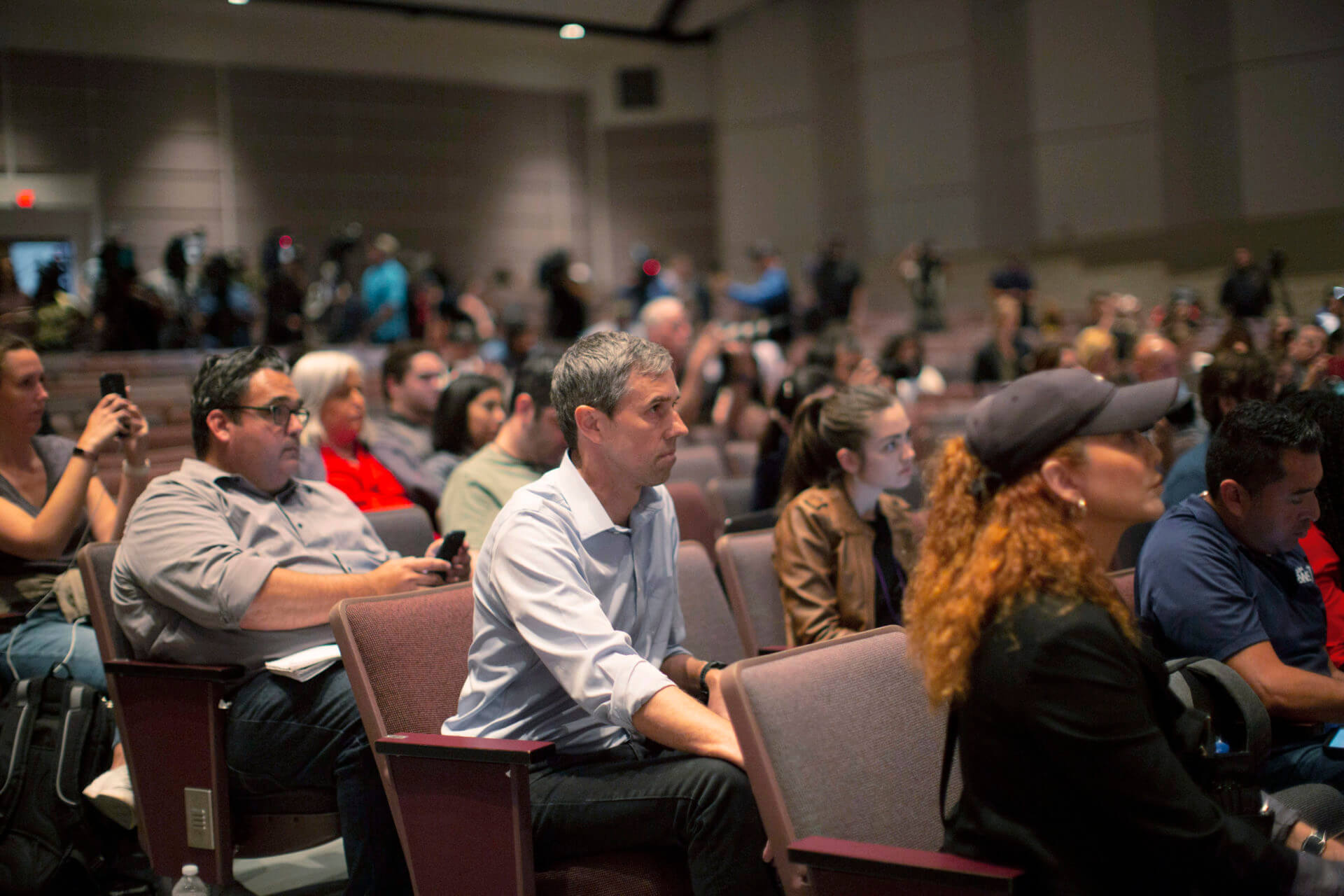