MADISON, Wis. (AP) — Jacob Blake has dropped his federal civil rights lawsuit against the Wisconsin police officer who shot him during a domestic disturbance and left him paralyzed from the waist down. 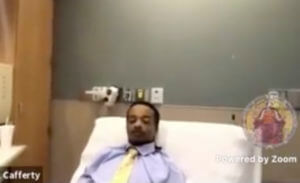 FILE – In this Friday, Sept. 4. 2020 image from Kenosha County Court video, Jacob Blake answers questions during a hearing in Kenosha, Wis. On Sunday, Jan. 3, 2020, Kenosha city officials said they are preparing for possible protests when a charging decision comes in the police shooting of Blake. A decision is expected within the next two weeks. (Kenosha County Court via AP, File)

Neither attorneys for Blake, whose August 2020 shooting sparked the protests in which Kyle Rittenhouse fatally shot two men and wounded a third, nor Kenosha Officer Rusten Sheskey indicated in their court filings why the lawsuit was being dropped, including whether a settlement had been reached.

A man who answered the phone at the office of Blake’s attorney, Patrick Salvi II, hung up when asked about the decision to drop the lawsuit, and Sheskey’s attorney, Kenneth Battle, had no immediate comment.

Sheskey, who is white, shot Blake, who is Black, after Blake resisted arrest during the disturbance and appeared to turn toward Sheskey with a knife. Blake was wanted on a felony sexual assault warrant at the time.

Prosecutors cleared Sheskey of any criminal wrongdoing and later dropped the sexual assault charges against Blake as part of a plea deal. 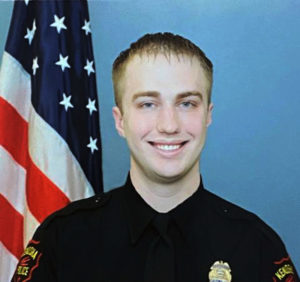 Blake filed the civil rights lawsuit in March 2021 alleging that Sheskey had used excessive force on him.

Court records indicate that attorneys for the two men filed notice on Friday that they had agreed to dismiss the case with prejudice, which means Blake can’t refile it. U.S. District Judge J.P. Stadtmueller ordered the case dismissed Monday.

Rittenhouse, who was 17 and living in nearby Antioch, Illinois, when he shot the three protesters, was acquitted on all charges in November.