CHICAGO (AP) — A 3-year-old boy who was allegedly pushed into Lake Michigan in Chicago by his aunt last week has died, officials said.

Josiah Brown, who had been in grave condition and was not expected to survive since he was pulled from the lake last Monday, was pronounced dead shortly after 10 a.m. Sunday, according to the Cook County Medical Examiner’s office. 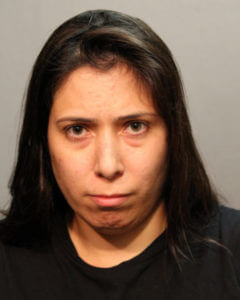 The boy’s aunt was charged last week with attempted murder. In a statement, the Cook County State’s Attorney’s office said that prosecutors “anticipate that additional charges may be filed” but that the office would wait until the medical examiner’s office and the police department complete their investigations.

The 34-year-old Moreno, a resident of nearby Des Plaines, who was also charged with aggravated battery of a child under the age of 13 causing permanent disability, remains in Cook County Jail after a judge last week ordered that she be held without bond.

During last week’s bond hearing, prosecutors said that Moreno was at Navy Pier in Chicago when she allegedly pushed the boy into the lake, and then stood by as he sank. Divers found him at the lake bottom about a half hour later.