CHICAGO (AP) — A Chicago police officer has been charged with murder in the fatal shooting of a woman who was the mother of their child during what a prosecutor said was an argument.

A Cook County judge ordered Saturday that 29-year-old Pierre Tyler be jailed without bond. Tyler faces a first-degree murder charge in the death of 29-year-old Andris Wofford, who died of a gunshot wound to the head, according to the Cook County medical examiner’s office. 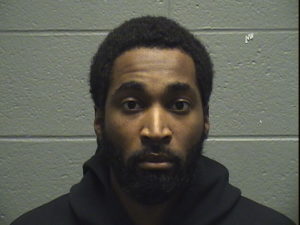 Assistant State’s Attorney Craig Engebretson said Wofford had learned this past week that Tyler had a pending child support case involving another woman with whom he had a child around the same time he was dating Wofford, the Chicago Tribune reported.

A video camera at Wofford’s home showed Tyler walking into her place Wednesday night and neighbors heard the two arguing, a “loud muffled bang” and then no further yelling, Engebretson said. A camera showed Tyler later leaving the home and Wofford’s body was found the next day.