AURORA, Colo. (KMGH) – Eugene Demetrius Robertson has been arrested and is facing more than 12 counts, including attempted murder, following an overnight shooting in Aurora, Colorado.

Officers responded to an Aurora 7-Eleven at around 11:49 p.m. Monday after getting a tip of shots fired in the store. A clerk told responding officers an armed man had come into the store with a handgun and fired at least one round. 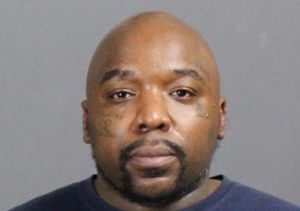 As the suspect left the store, the employee said, the man got into a confrontation with another customer in the parking lot and more rounds were fired before he left the scene, according to police. No one was injured.

While still at the 7-Eleven, officers learned the same suspect threatened someone with a gun at a Burger King across the street before he went to the 7-Eleven. While at this first scene, police gathered evidence and a description of the suspect’s vehicle.

Just after midnight Tuesday, Aurora 911 began receiving calls from the nearby Robinwood Condominiums, with the caller telling police that a man who fit the description of the suspect in the 7-Eleven and Burger King incidents, had fired a gun through the front door of their apartment. The caller told 911 operators there were multiple people inside the home at the time, including children. No one was injured, police said.

Once at the scene, police saw the suspect’s vehicle and set up a perimeter to search for the suspect. During the search, an officer found the man and the officer fired one round, but police did not say in a news release Tuesday what — if anything — prompted the officer to fire his gun at the suspect.

The officer was not injured, according to a spokesperson from the department.

The suspect, identified as 38-year-old Robertson, was taken into custody and arrested on twelve counts of attempted murder, two counts of menacing, illegal discharge of a firearm and possession of a weapon by a previous offender, according to police.

The 18th Judicial District Critical Response Team responded to the scene and will be investigating the shooting involving the Aurora police officer.

Robertson’s criminal history goes back to at least 2016 in Colorado, mostly for misdemeanors that were minor or were dismissed, according to court records.

Before Tuesday, he was arrested in March 18, 2021 for failing to return for filing of charges after he was granted a PR bond. In 2019, he pled guilty in Aurora court to obstructing a peace officer and got 12 months probation.

This story was originally published Oct. 18, 2022 by KMGH in Denver, an E.W. Scripps Company.