DENVER (KMGH) – A man who shot at a tow truck driver after his SUV was towed from his home was sentenced last week to seven years in prison, according to the district attorney’s office.

Allen Davies, 35, pleaded guilty on late May to one count of attempted first-degree assault with a deadly weapon. He was sentenced last week to the prison term, which will be followed by three years of mandatory parole. 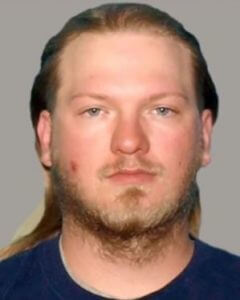 The incident happened on June 7, 2021, when Davies called the company that had towed his vehicle and threatened to kill the tow truck driver if he didn’t get his Chevrolet Blazer back.

According to police and prosecutors, he ended up going to the tow lot and found a different driver – not the person who towed his vehicle originally – who was inside his truck.

Davies started yelling at the driver with a gun in his hand, eventually climbed onto the truck’s running board, and put a handgun to the driver’s neck, according to the 17th Judicial District Attorney’s Office.

But Davies got distracted by a cell phone ringing, at which time the driver was able to drive off and force Davies off the truck. But Davies fired at least one shot at the truck as it drove away, and deputies would later recover a .40-caliber shell at the scene.

Investigators tracked the phone call made to the business back to Davies, and the tow truck driver picked Davies out of a photo lineup.

Davies was sentenced on June 10 by an Adams County District Court judge.

“This defendant thought that threatening the life of a tow driver who was doing his job would somehow get his vehicle back, but in the end, all it did was earn him a stint in prison,” 17th Judicial District Attorney Brian Mason said in a statement.

This story was originally published June 14, 2022 by KMGH in Denver, an E.W. Scripps Company.