BRECKENRIDGE, Colo. (KMGH) — Breckenridge authorities and U.S. Marshals are working to apprehend a suspect wanted in connection with the fatal strangulation of his roommate in 2019.

The U.S. Marshals Service Colorado Violent Offenders Task Force and Breckenridge Police Department are searching for Miles Fernando Tovar, who also goes by Miles James Hippner. The 37-year-old from Breckenridge is wanted in connection with the 2019 death of Brendan Rye, 29, who was his roommate. 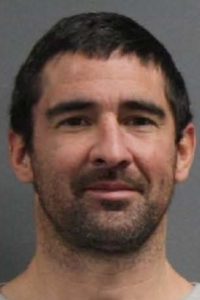 This undated photo provided by the U.S. Marshals shows Miles Fernando Tovar, who is wanted in the 2019 death of his roommate. (U.S. Marshals)

On Nov. 6, 2019 just before 10 p.m., the Breckenridge Police Department responded to a call along the 1000 block of Grandview after receiving a report of shots fired. When police arrived, they found a 35-year-old man from Breckenridge — later identified as Tovar — with a gunshot wound in the leg, according to police. They also found Rye, who didn’t appear to have been shot, but had significant injuries, according to the police department. A third person reported the call and was not injured.

Rye, who had recently moved to the area from Florida, died of his injuries at Saint Anthony’s Hospital in Lakewood. Tovar’s injuries were not life-threatening, the police department said. He was released on Nov. 7, 2019, according to police.

Based on the police department’s initial investigation, an altercation had started between Tovar and Rye. Police recovered a handgun from the scene.

According to the Vail Daily, the argument started after a night of drinking and the men started to fight. The newspaper reported that the coroner’s report read that Tovar said he heard a “loud bang” as a bullet hit him in the leg and then he put Rye in a headlock — which he claimed he did for self-defense — and heard another bang. Tovar said he held Rye on the ground until he stopped moving. The newspaper reported that the coroner’s report listed Rye’s manner of death as a homicide, and the cause was manual strangulation. 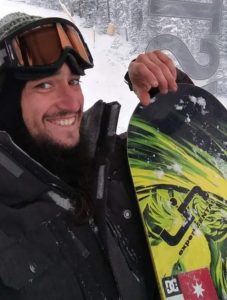 A warrant is currently out for Tovar’s arrest on charges of first-degree burglary, manslaughter, first-degree criminal trespassing and harassment. He should be considered armed and dangerous, according to the U.S. Marshals.

Tovar is described as a white man standing about 5 feet, 11 inches tall and weighing 165 pounds. He has brown eyes and brown hair. His right shoulder has a tattoo that reads, “In God I Trust” and a second tattoo of flowing lines from his left shoulder down his left arm.

He has ties to Colorado, New York, Florida, and the Caribbean Islands, according to the U.S. Marshals.

Authorities are offering a $2,000 reward for information leading to Tovar’s arrest.

Anybody with information on his whereabouts is asked to submit a tip to the U.S. Marshals through its website or by calling 1-877-WANTED2.

This investigation is ongoing and no other details are available.

This story was originally published July 25 by KMGH in Denver, an E.W. Scripps Company.