A teen shot by a San Antonio police officer as he ate a hamburger in his car three weeks ago is still hospitalized and his condition remains “very touch and go,” his father said Tuesday in the family’s first public comments since the shooting.

“He is getting slightly better, his wounds are healing, but the wounds that he’s endured, they are great, there’s a lot of them,” Erik Cantu Sr. said at a news conference. 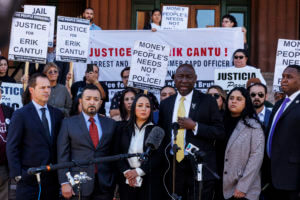 Family attorney Ben Crump — who has taken on some of the nation’s most high-profile police killings of Black people — said the family has been told that the now-fired officer who shot 17-year-old Erik Cantu Jr. racially profiled him while searching for a Hispanic suspect.

Cantu was shot on Oct. 2 by Officer James Brennand in a McDonald’s parking lot. After the shooting, the 27-year-old rookie officer was fired and charged with two counts of aggravated assault by a public official. Police said Brennand violated his training and police procedures after approaching the car.

In body camera footage released by police, Brennand opens the car door and tells Cantu to get out. The car drives backward with the door open, and the officer fires multiple times into the vehicle. He continues to shoot as the car drives away.

Police have said Brennand was responding to an unrelated disturbance when he saw Cantu inside a car he believed had evaded him the day before during an attempted traffic stop. Brennand said he suspected the car was stolen.

Police have said that although registration plates didn’t match the vehicle Cantu was operating, the car itself was not stolen.

Crump said the Bexar County district attorney told the family that the officer was looking for a Hispanic teen with a bowl haircut and he profiled Cantu. The district attorney’s office told The Associated Press on Tuesday that it does not publicly comment on the facts of pending cases.

“This is the part that hurts, is that he was profiled and he was violently injured over it,” Erik Cantu Sr. said. 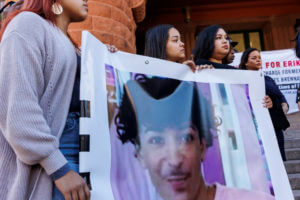 Daleen Garcia, front left, and two of Erik Cantu’s siblings hold a banner featuring a picture of him during a press conference held to update the public about his current medical condition in front of the Bexar County Courthouse in San Antonio, Tuesday, Oct. 25, 2022. Cantu was shot multiple times by former San Antonio police officer James Brennand on Oct. 2. (Sam Owens/The San Antonio Express-News via AP)

Crump said the teen “is continuing to fight for his life on life support.”

The teen’s mother, Victoria Casarez, said she doesn’t know how many times her son was shot. She said four bullets were were found in his body, including one lodged near his heart.

She said has been wounded in his stomach, diaphragm, lungs, liver and arm.

“He’s just mutilated and it hurts us to see our son this way,” she said.

Brennand has been released from jail on bond. A message left with Brennand’s attorney was not immediately returned Tuesday afternoon.

Brennand was charged with two counts of aggravated assault by a public official because there was also a passenger in Cantu’s vehicle. The passenger was unharmed. 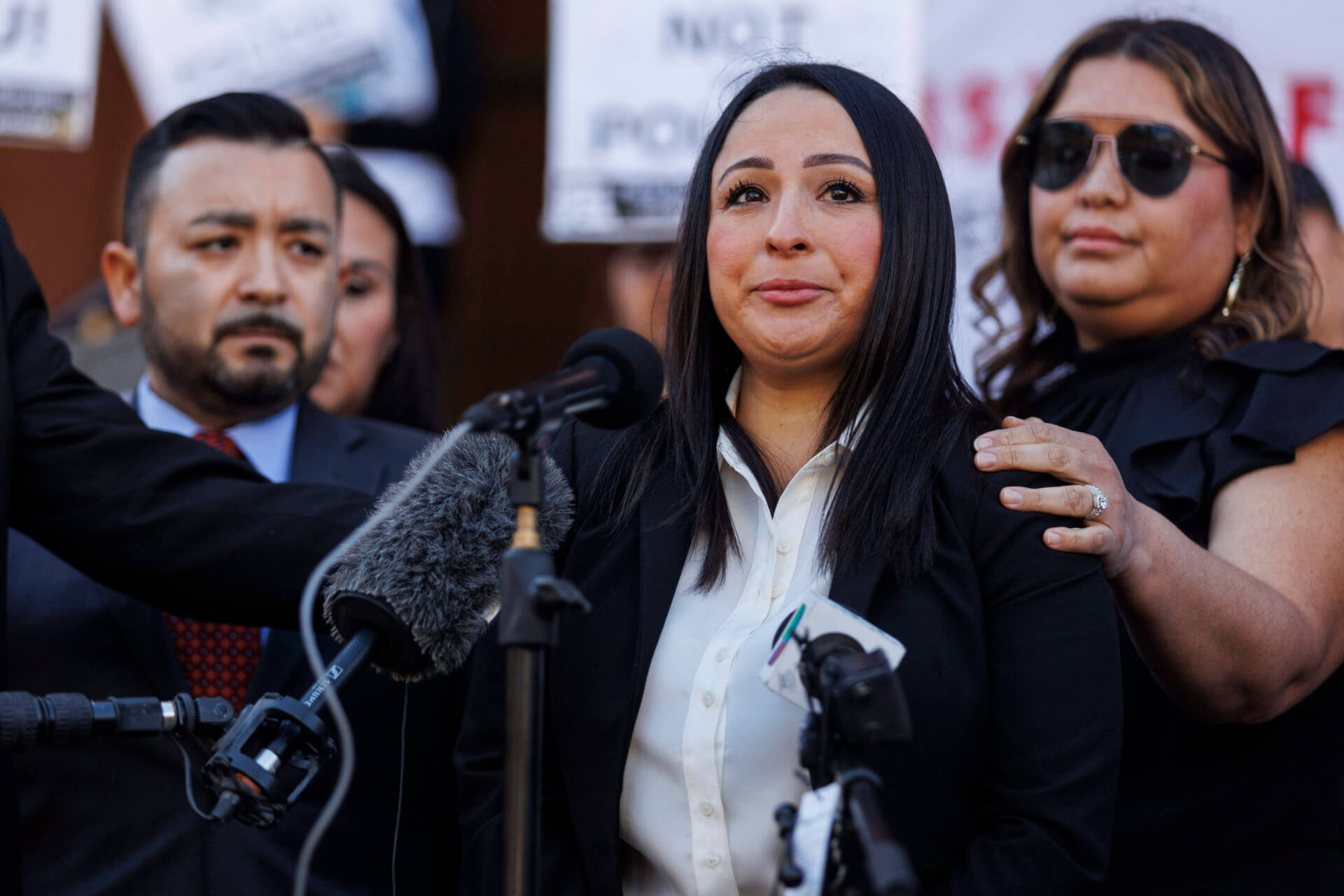