TAMPA, Fla. (AP) — A convicted rapist who hid in Florida for more than 40 years after skipping out on his Connecticut prison sentence has been sentenced to 22 years in federal prison for assuming a stolen identity. 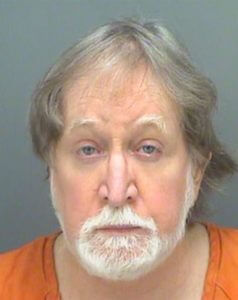 Douglas Bennett, 77, was sentenced Friday in Tampa federal court. He pleaded guilty in September to passport fraud and aggravated identity theft and possessing firearms as a convicted felon, according to court records. Bennett also was ordered to pay a $200,000 fine. After serving his federal sentence, Bennett is to be transported to Connecticut to serve a state sentence.

Bennett was arrested in November 2020. According to a criminal complaint, Bennett submitted a passport application in July 2016 using the name, date of birth and Social Security number of a person who was born in 1940 and died in 1945. Emergency contact information in the application led investigators to suspect Bennett’s true identity, which they confirmed with fingerprints after his arrest, according to the complaint.

Bennett was convicted in 1975 by a Connecticut jury of robbery, kidnapping, sexual contact, rape and deviate sexual intercourse. He was sentenced to nine to 18 years in prison but remained free on bail while he appealed. After losing his appeal, records showed Bennett never turned himself in. Bennett assumed the fraudulent identity in 1977 and remained a fugitive for more than four decades, the complaint said.